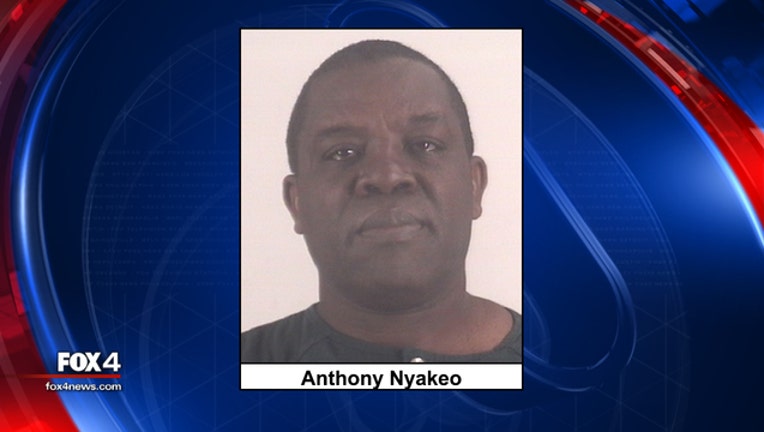 FORT WORTH, Texas (AP) - A North Texas jury has convicted a health care worker of sexually assaulting a nursing home patient who had dementia.

The jury in Fort Worth deliberated less than two hours Wednesday before convicting 53-year-old Anthony Mamboleo Nyakeo of aggravated sexual assault of an elderly or disabled person. Prosecutors say Nyakeo worked at a nursing home in Grapevine and provided health care services to the woman, who lived there.

Prosecutors accused Nyakeo of raping the then-74-year-old woman in January 2018, and said he was linked to the attack through DNA. The Star-Telegram reports that Nyakeo testified that somebody planted his DNA from a used condom in the body of the victim.

The woman died last year from Alzheimer's disease at age 75.