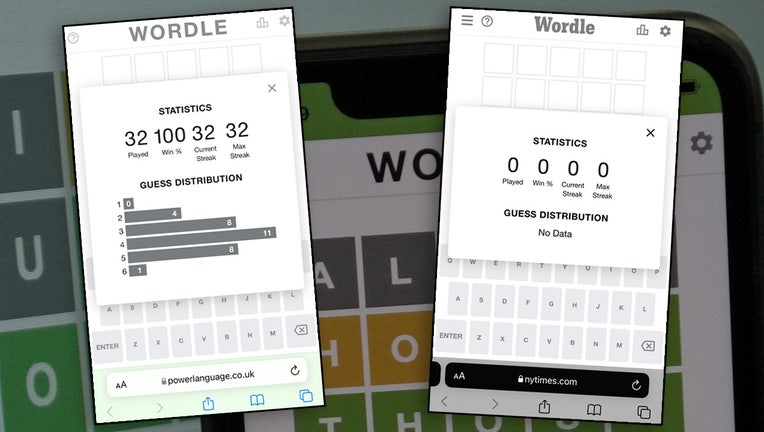 NEW YORK - Puzzle fans looking for their fix of gray, yellow and (hopefully) green squares are finding that Wordle has moved, a few weeks after its purchase by the New York Times.

Users logging on Thursday and Friday are beginning to be redirected from the familiar plain white website and instead winding up on a similar page hosted by the Times. But one key thing was missing for some people – their historical gameplay statistics.

"Hi Wordlers! We are aware that your ‘current streak’ has been reset today," the Times’ Wordplay account tweeted Thursday. "Our Games team is currently investigating."

For many Wordle fans, their statistics and streaks are as important as the daily game itself. Only one new puzzle is released each day and all users receive the same puzzle, so comparing successes (or failures) is part of the game’s appeal.

Social media posts with the now-ubiquitous yellow and green boxes provide a cryptic report on how each Wordler performed on that day’s puzzle, and many users took pride in their streak of successful solves.

The migration to the New York Times apparently interrupted that streak for some, even though the Times had promised that would not happen. As of Thursday night, the publisher suggested that a fix could be coming.

"We have identified the problem affecting users' streaks and are actively working on a solution," the Wordplay account tweeted just after 9 p.m. 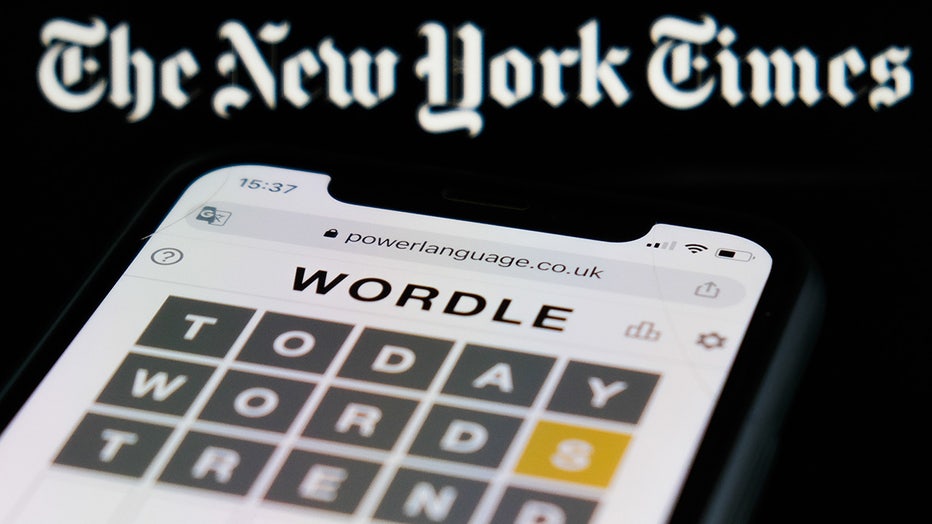 Wordle game displayed on a phone screen and The New York Times logo displayed in the background are seen in this illustration photo. (Photo illustration by Jakub Porzycki/NurPhoto via Getty Images)

It was not immediately clear Friday morning how many users had been affected, or if any restoration had been successful overnight.

"I lost my streak and all my stats. I am sadness," one user complained.

By midday, the Times said users should visit the old website and allow themselves to be redirected; that will capture the streak and stats info.

Wordle is a web-based puzzle that requires players to guess a valid five-letter word in six tries or less. After each guess, the color of the tiles will change to show how close your guess was to the word.

The game was created by Josh Wardle (Wordle is a play on his last name), a software engineer in Brooklyn who knew his partner loved word games, so he created a guessing game for just the two of them.

The game was released on Nov. 1, and within less than three months, more than 300,000 people had played, according to the Times.

How much did Wordle sell for?

The Times bought Wordle from Wardle in January for an undisclosed price.  The Times reported that it was "in the low-seven figures."

The paper said, at least initially, the game would remain free to play.

RELATED: Grandmother’s habit of playing Wordle may have saved her life during kidnapping, police say

This story was reported from Tampa, Fla.