The 60-meter toddler race was held by USA Track & Field in light of the Tokyo Olympics.

TOKYO - One of the Tokyo Olympics’ most anticipated rivalries lived up to the hype after two U.S. track stars ran their fastest times ever — breaking world records for the women’s 400-meter hurdles.

U.S. athlete Sydney McLaughlin smashed the world record and Dalilah Muhammad broke it as well in an American 1-2 finish. McLaughlin came from behind after the last hurdle to claim the gold in 51.46 seconds, quicker than the 51.90 time she set at the Olympic trials when she was the first woman to run under 52 seconds. Muhammad's time of 51.58 also would have been a world record.

"Iron sharpening iron," McLaughlin said of her latest showdown with Muhammad. "Every time we step on the track, it's always something fast."

McLaughlin, 21, and Muhammad, 31, have been trading the record for two years.

Muhammad won the race in the 2016 Olympics in Rio de Janeiro. McLaughlin made the U.S. team but didn't make the final that year.

"I made the mistake in 2016 of letting the atmosphere get to me," McLaughlin said. "Just being able to put the pieces together, I am really grateful." 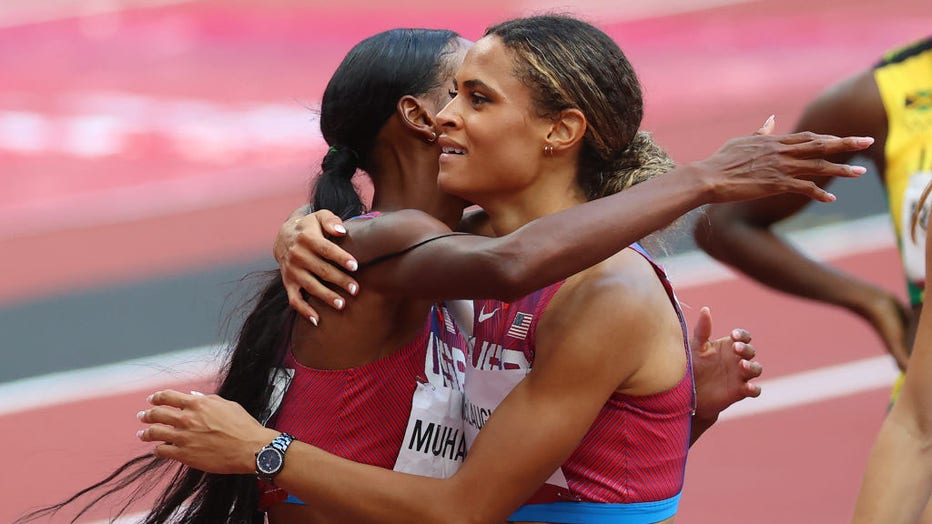 It was a lot to live up to for the McLaughlin and Muhammad duo, whose race was even more eagerly anticipated. They exceeded expectations and left everyone else in the race behind.

"I just went out like crazy for the first 300 to be with them," said bronze medalist Femke Bol of the Netherlands, who set a European record and whose time of 52.03 would’ve been a world record six weeks ago. "And I died a bit."

The Associated Press contributed to this story. It was reported from Cincinnati.