A law enforcement conference that's been around for nearly ten years has drawn its largest attendance yet.

FORT WORTH, Texas - A law enforcement conference that's been around for nearly ten years has drawn its largest attendance yet.

The four-day event in Fort Worth is offering police training and network opportunities.

The group is also trying to grow the numbers nationwide of women involved in law enforcement.

One of the situations in the training was a vehicle ambush where the suspect was armed.

It gave them a chance to train on knowing how and when to subdue a suspect, as well as how to de-escalate a volatile situation and how to apply a tourniquet if injured in gunfire.

The officers in the training were all women.

"We think differently. We approach things differently," one of the women officers said.

It was part of the 9th annual Women of Law Enforcement Conference taking place in Fort Worth.

"We have over 500 women here training today from across the country. I have seven different states represented," Forney Police Chief Carrie White said. 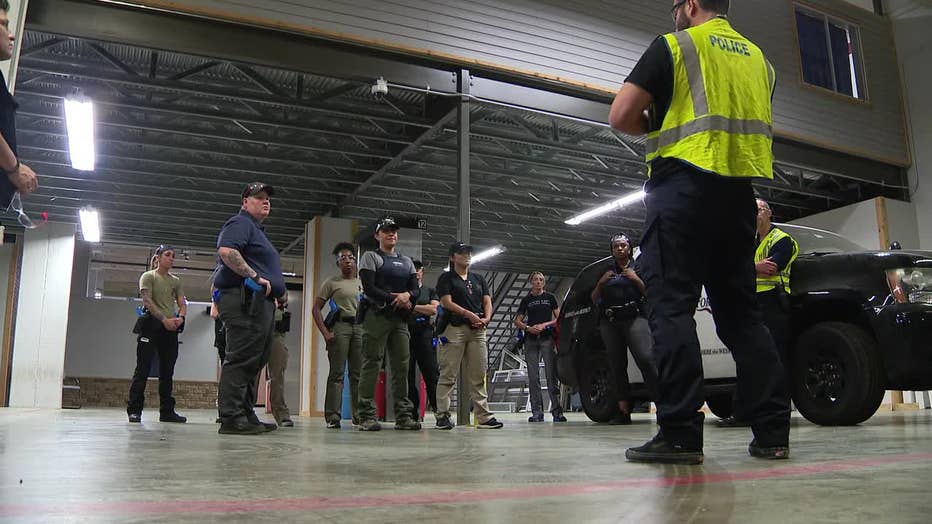 Maricarmen Villanueva is a Travis County constable. she and three others from her department came up from Austin.

"The training, the hands-on they give you, just how they guide you. It motivates you to keep going," Villanueva said.

"We have females here that are the only female in their agency, and sometimes they lack the confidence to carry though and fight through some obstacles. We want to be able to give them that," White said.

Women make up just 11% of law enforcement officers around the country.

A priority goal is getting that number higher.

"Do I think we can do it? Absolutely," White said.