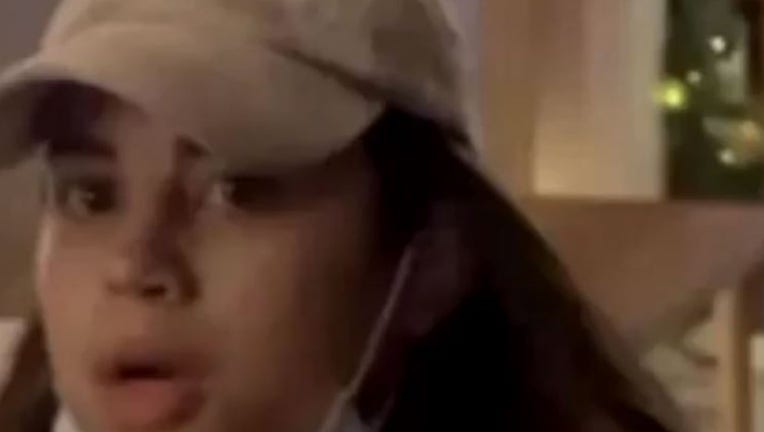 Miya Ponsetto, 22, was arrested by the Ventura Sheriff's Dept. (NYPD)

NEW YORK - A woman who wrongly accused a Black teenager of stealing her phone and tackled him while being filmed at a New York City hotel apologized but defended her actions in a television interview conducted before she was arrested in California.

"I consider myself to be super sweet," Miya Ponsetto, 22, said in a "CBS This Morning" interview that aired Friday.

"I don’t feel that that is who I am as a person. I don’t feel like this one mistake does define me," she said. "But I do sincerely from the bottom of my heart apologize that if I made the son feel as if I assaulted him or if I hurt his feelings or the father’s feelings."

The interview was conducted Thursday afternoon, hours before Ponsetto was jailed in Ventura County. A spokesperson for the sheriff's office there said it wasn't immediately clear what charges she faced. The office earlier said she might be charged with resisting arrest.

The New York Police Department flew detectives out to California earlier Thursday with a warrant for Ponsetto's arrest. The trip followed days of intense media coverage of the fracas at the hotel and demands by the teen's family and activists that she face criminal charges.

The NYPD released video of a woman assaulting a boy inside the Arlo Hotel in SoHo after she falsely accused him of stealing her cellphone.

Ponsetto's lawyer, Sharen Ghatan, said in an interview before the arrest that her client was "emotionally unwell" and remorseful for her Dec. 26 conflict with 14-year-old Keyon Harrold Jr. at Manhattan’s Arlo Hotel. Ghatan said the encounter was not racially motivated. 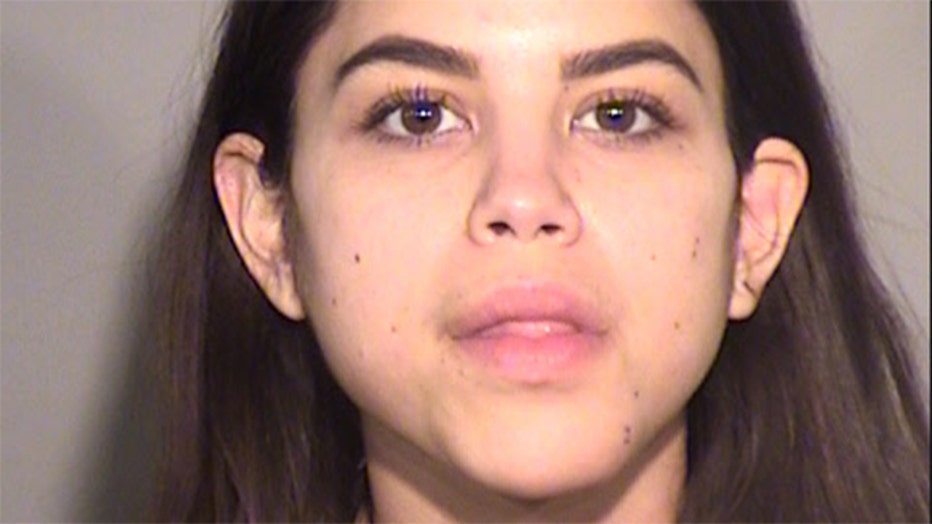 Miya Ponsetto, 22, of Piru, California was arrested near her home in connection with the assault of boy at a New York City hotel. (Ventura County Sheriff's Office)

In his video, an agitated woman is seen demanding the teen's phone, claiming he stole it. A hotel manager tries to intervene. Keyon Harrold can be heard in the recording telling the woman to leave his son alone. Ghatan confirmed that Ponsetto is the woman in the video.

Security video later released by the NYPD shows Ponsetto frantically grabbing at the teen as he tried to get away from her through the hotel’s front door. She’s seen clutching him from behind before both tumble to the ground. 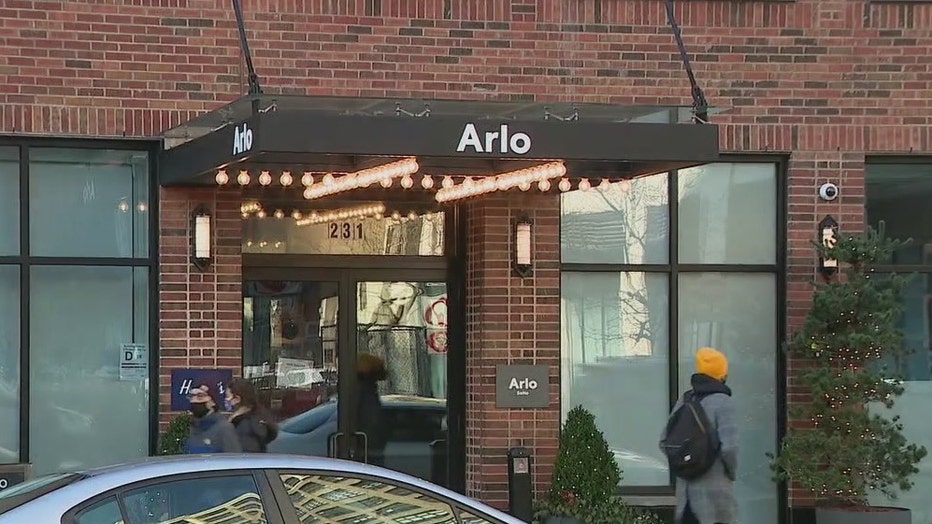 Ponsetto's missing phone had actually been left in an Uber and was returned by the driver shortly afterward, Keyon Harrold has said.

The altercation drew comparisons to cases like that of Amy Cooper, a white woman who was charged with filing a false report for calling 911 and saying she was being threatened by "an African American man" during a dispute in New York’s Central Park in May.

She drove two blocks before stopping her vehicle, then refused to get out of the car, Buschow said.

"She tried to slam the door on one of the deputies and that’s when they just reached in and forcibly removed her," he said, adding that the sheriff's office would ask county prosecutors to charge her with resisting arrest.

Ghatan said she spoke to her client earlier Thursday, and that "she strikes me as someone who’s unwell."

She said Ponsetto "lashed out" over worry about her phone disappearing, and that it wasn't racially motivated.

It "could have been anyone," she said.