A mother in White Settlement is talking about a devastating crash. Her daughter was killed and her husband critically injured after a suspected drunken driver crashed into their home.

WHITE SETTLEMENT, Texas - A mother in White Settlement is talking about a devastating crash.

Her daughter was killed and her husband critically injured after a suspected drunken driver crashed into their home.

An unimaginable amount of heartache now surrounds this home.

Amy Kirkland has lived here with her husband Kevin and daughter Katey for 14 years. They were all home on Aug. 7.

"I felt and saw one of the walls shake by our entryway," she recalled. 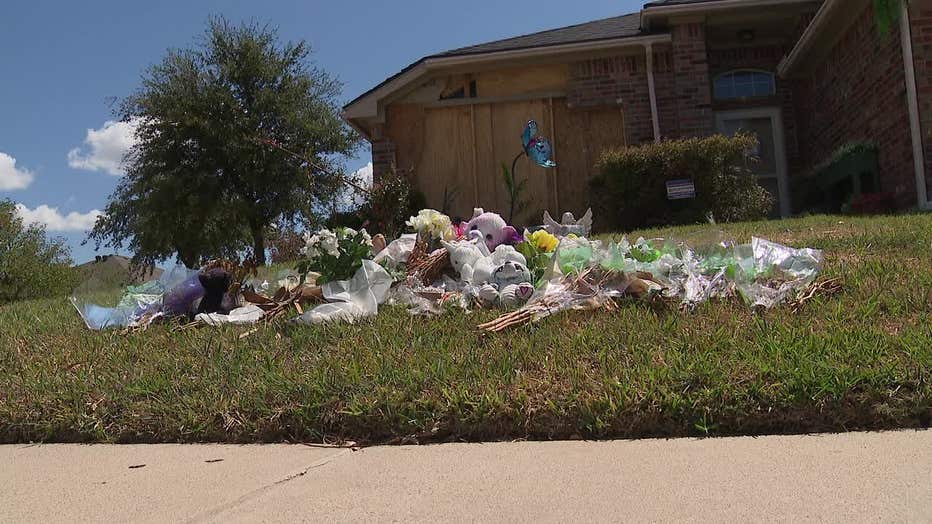 "A split second later it was like just a boom went off. An explosion went off. All the doors that were in all the bedrooms just exploded out into the hallway," Amy recalled.

Amy began searching for her family.

"I just started screaming and yelling their names, and there was already people out on the street because they heard that, too," she recalled.

18-year-old Katey was in her bedroom where the truck entered.

Kevin is still hospitalized with a brain injury, skull fractures, complications from a stroke and more.

"I don’t know if he’ll ever talk again or be aware of what’s going on and what the severity of things might be," Amy said. "Right now, he’s still unconscious."

She’s dreading the news she’ll have to break.

Katey was a rising senior at Saginaw High School.

It’s the same high school Amy teaches at. Kevin is a teacher at nearby Boswell High School. On Friday, a showing of love and togetherness from both schools as they welcomed Amy on the field for a moment of silence. She misses Katey dearly.

"She was nervous about graduating. Nervous about going off into the world but really excited about it," she said.

Amy needs her husband to pull through. But as difficult as it is to move forward, she says it’s a tremendous help to feel support from her community.

"Because things can change in an instant," she said. You always hear about it happening to other people and you really don’t think it’ll happen to you."