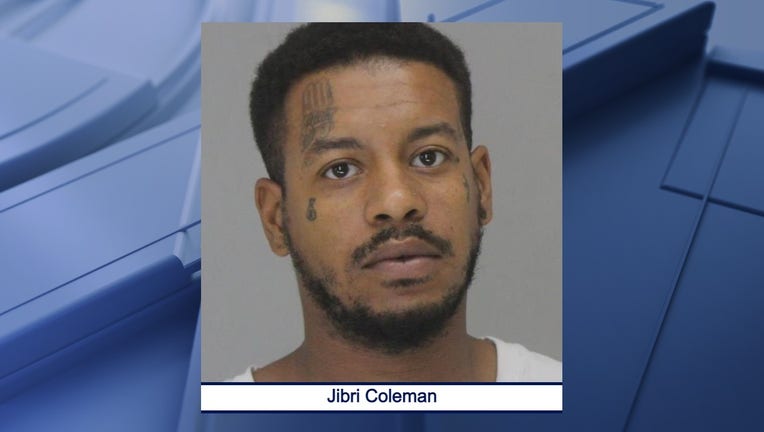 DALLAS - Dallas police are investigating the shooting death of a woman.

Jibri Coleman, 29, is charged with her murder.

According to an arrest affidavit, a person riding in Coleman’s car Monday night told police Coleman was driving around looking for the woman.

The affidavit said Coleman found her near Dallas Love Field, got out of the vehicle with a mask and a gun, then shot the woman.

The identity of the woman remains unknown.