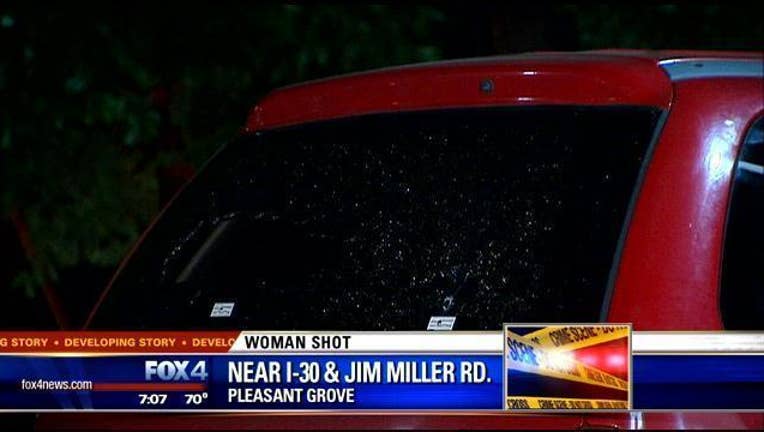 A woman in her 20s was shot in the neck near Interstate 30 and Jim Miller Road.

She was with two men who had an argument with others at a convenience store.

The people followed the woman and the two men in their SUV.

Shots were fired and a bullet hit the woman.

The suspects got away.