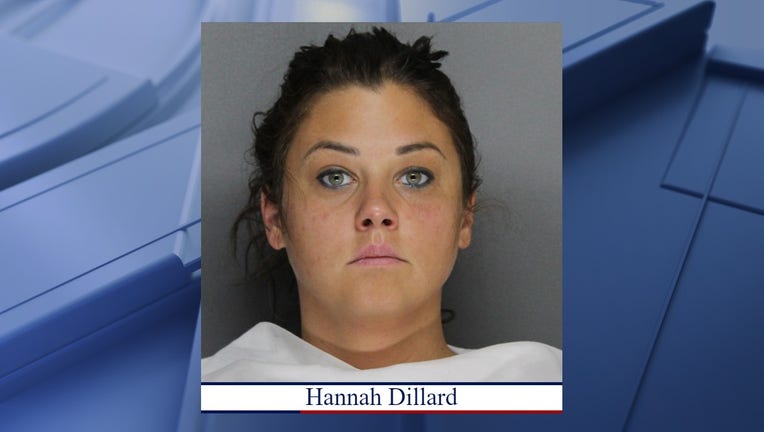 A 33-year-old Dallas woman has been sentenced to 12 years in prison for a 2017 drunk driving crash in Ellis County that resulted in five SMU students being injured.

Hannah Dillard was given the sentence after being found guilty of aggravated assault with a deadly weapon.

The wreck happened back on October 22, 2017, when Dillard drove the wrong way in the northbound lanes of I-35.

She drove from Dallas into Ellis County, and multiple people had called 911 about her driving the wrong way.

Red Oak police even tried to stop her, but she didn’t stop until being involved in a head-on crash with a car that had five SMU students who traveling home toward Dallas from Waco.

According to a release from the Ellis County District Attorney’s Office, three of the students suffered "debilitating" injuries. One victim had a spinal injury, a shattered ankle, a broken arm, and a broken pelvis, and testified that she now had 37 implants in her body from the crash.

"I was able bodied before and now I have a disability for decisions that were not mine," the victim testified, the Ellis County District Attorney’s Office.

Following the crash, it was found that Dillard had a blood alcohol content of .24, which is three times the legal limit.

"There is no excuse for driving while intoxicated. Five innocent lives were affected by Dillard’s reckless actions, and the jury sent a strong message that intoxicated driving will not be tolerated in Ellis County," Ellis County District Attorney Ann Montgomery said.