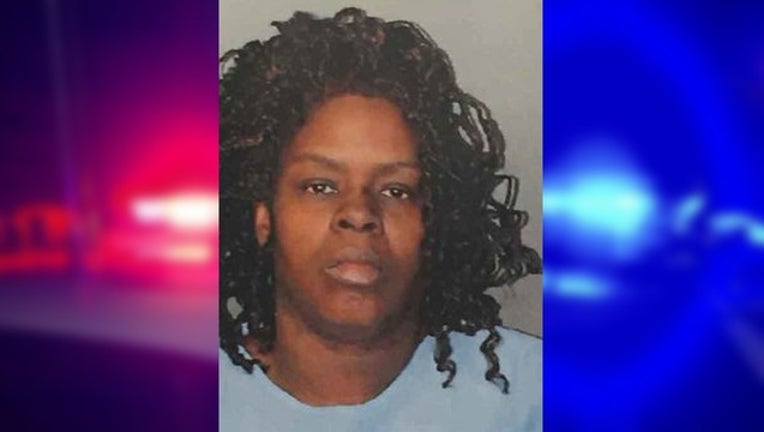 BROCKTON, Massachusetts - A Massachusetts woman used a kitchen knife to stab two of her children to death and later told police it was part of a Voodoo ritual, authorities said Tuesday.

She told police it had to do with "Voodoo stuff," according to a police report of their interview with her.

The older boy was stabbed 50 times, and she admitted to the killings, Kenny said.

"She said she had stabbed him because she had 'failed' in the ritual with Marlon," Kenny said, according to The Boston Herald . "She responded to police that she felt bad about what she had done."

Sanders also told investigators she mopped up blood from the floor, left the kitchen knife in the sink, cleaned up both boys and placed them in separate beds, Kenny said.

Plymouth District Attorney Timothy J. Cruz told reporters that Sanders' interview with police was "disjointed" but said investigators are not aware of Sanders having a history of mental illness.

"We don't have a lot of clarity to a lot of the things she was saying at this point," Cruz said.

The boys' bodies were discovered in their Brockton apartment on Monday after Sanders asked a neighbor to call 911 because she was having a medical issue. When authorities arrived, the neighbor told police that there were children in the apartment, so they checked and discovered them. The boys were last seen by their grandmother on Saturday, prosecutors said.

Sanders pleaded not guilty and was ordered held without bail, with her next court appearance scheduled for April 9. Her lawyer, Joseph Krowski Jr., said he had just begun representing her Tuesday morning and didn't comment on the specific accusations.

The killings come a week after two sisters in the neighboring community of East Bridgewater were charged with tying down, burning and permanently disfiguring a 5-year-old girl, and threatening to cut off the head of her 8-year-old brother, in a Voodoo ritual.

Voodoo refers to religious practices developed centuries ago by enslaved Africans in the Caribbean, primarily in Haiti, where the practices are sometimes spelled "vodou."