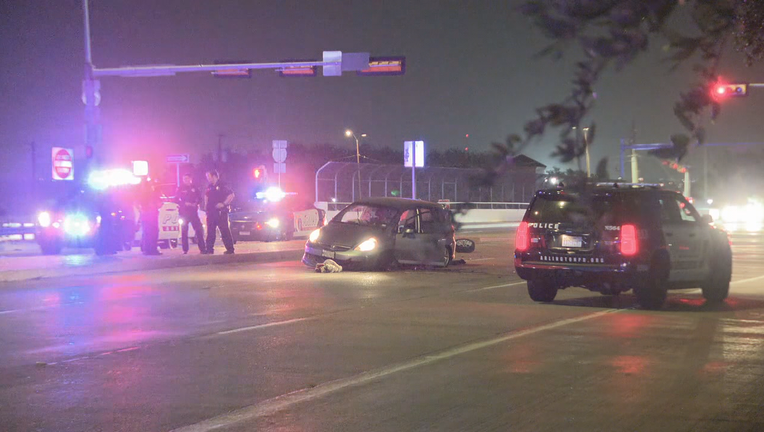 ARLINGTON, Texas - A woman is being treated at an area hospital after she was shot while in a vehicle Friday night.

The shooting happened just before 11:30 p.m., and the victim was found inside a car near North Cooper Street and I-30 in Arlington.

The woman is expected to survive.

According to police, the woman told Arlington officers she was shot in Fort Worth while driving east on I-30. She then exited at Cooper Street and called for help.