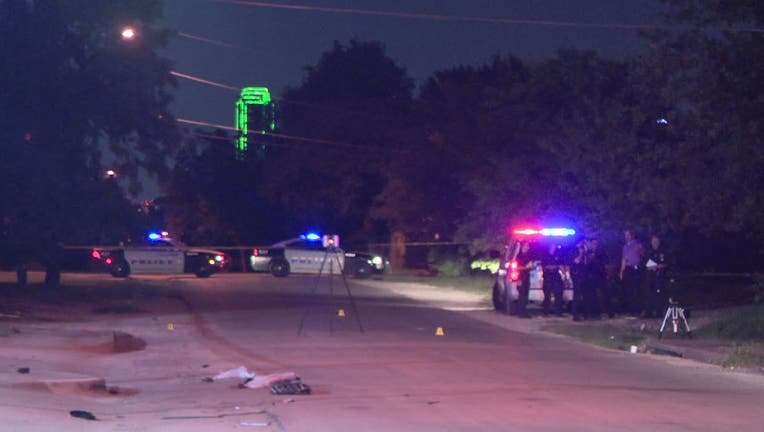 DALLAS - A woman injured by a hit-and-run driver died in Dallas overnight.

Dallas police said the driver was chasing and shooting at a man who was running along Denley Drive, near Clarendon Drive and Marsalis Avenue.

At some point, the driver lost control and hit the woman, who was standing on the side of the street.

The victim was taken to a local hospital where she died.

Investigators have not released a description of the vehicle involved.

The man who was being chased by the hit-and-run driver was not hurt.