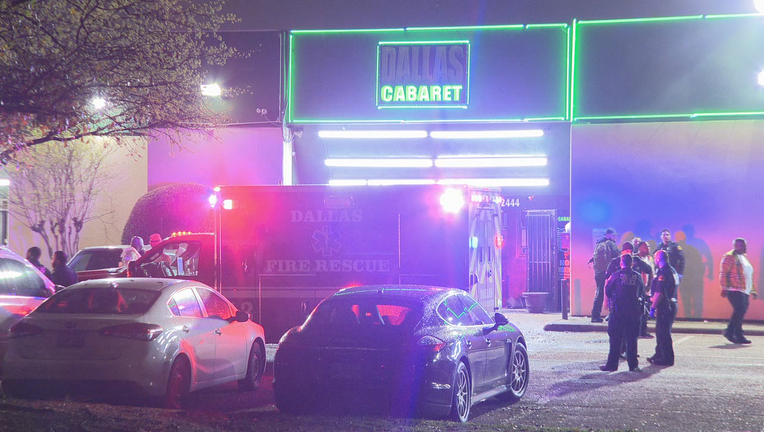 DALLAS - Police are investigating a shooting at a Northwest Dallas strip club that sent a woman to the hospital early Saturday morning.

This happened just before 4 a.m., when police were called about a shooting at Dallas Cabaret South, located in the 2400 block of Walnut Ridge Street.

Investigators found that a security officer got into a gun battle with an armed man inside the strip club.

The female victim got caught in the crossfire. She's at the hospital and expected to recover.

The armed man ran away before police arrived.