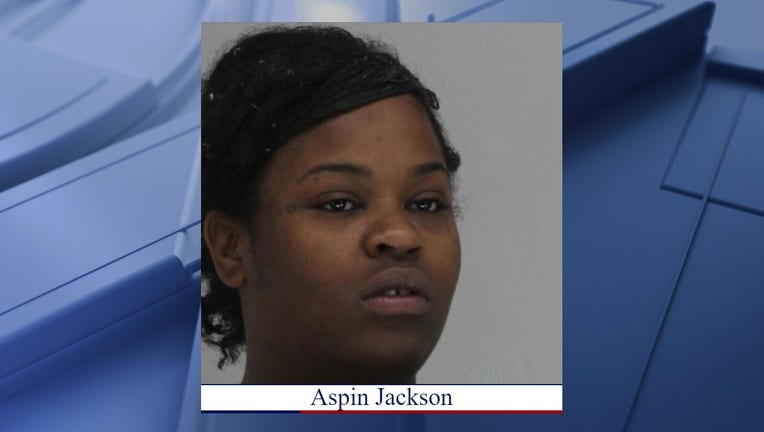 DALLAS - A 21-year-old woman has been charged with intoxication manslaughter for a fatal crash that involved a Fed Ex semi-truck Friday night.

The crash happened just before 11 p.m., on southbound I-345 at Ross Avenue.

Investigators found the Jeep struck the back of the semi-truck.

The three women in the Jeep were taken to a hospital. One of the passengers, a 29-year-old woman, was later pronounced dead.

The driver of the Jeep, Aspin Jackson, was arrested and charged with intoxication manslaughter. She was booked into jail after being released from the hospital.