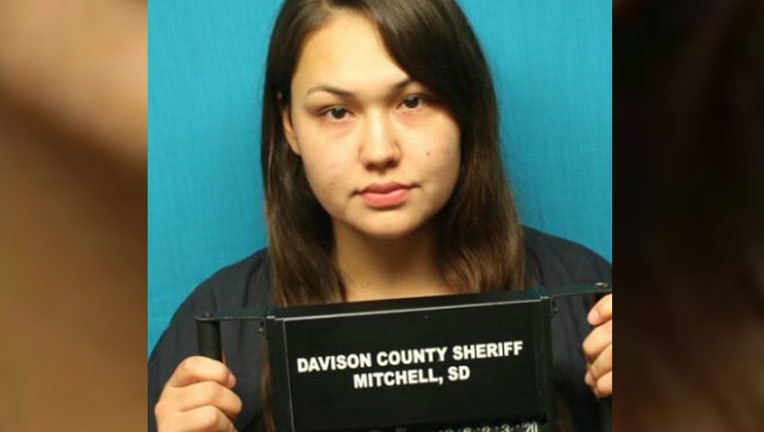 MITCHELL, S.D. - A South Dakota woman is facing charges after police say she admitted to kicking and stomping on a 5-year-old boy who later died.

The Mitchell Police Department arrested 21-year-old Julia Lee Carter. She facing charges of first-degree manslaughter and abuse or cruelty to a minor.

Police say on Monday, Carter called 911 to say she was taking the victim to the emergency room at Queen of Peace Hospital after he had stopped breathing. Life-saving measures were initiated, but the boy was declared dead at the hospital.

An autopsy revealed that the child died "as a result of significant blunt force trauma to the abdomen" and the death was ruled a homicide.

"Carter allegedly told police that she kicked the 5-year-old approximately 5 times in the stomach and stomped on his abdomen," police wrote on Facebook.

Police say Carter also said she knew that she injured the child.

The child reportedly lived at the same residence. Police say the investigation is ongoing.