Marisa Strupp went to a dermatologist who told her the bump was likely nothing to worry about, as the skin around it appeared healthy.

MILWAUKEE - A Milwaukee woman was candid when detailing her battle with a rare cancer after noticing what she thought was a harmless ingrown hair on a personal part of her body.

Marisa Strupp, 29, noticed a bump on her inner labia in March 2018. She went to a dermatologist who told her the bump was likely nothing to worry about, as the skin around it appeared healthy. But the doctor recommended Strupp see a gynecologist anyway, and she did. In August 2018, the bump was removed and sent for testing.

Soon after, Strupp received news that would change her life. What she thought was an ingrown hair was actually stage 2 vulvar melanoma, a rare type of cancer that accounts for “no more than two percent of melanomas among women,” according to Cancer Network, which is a part of the medical journal Oncology.

“I thought it was just a little ingrown hair and since they didn’t give me anything to worry about, I took my time to get it removed,” Strupp said, according to Metro. “I wasn’t worried at the time and was very busy with work. It took me time to see my gynecologist to take care of it.” 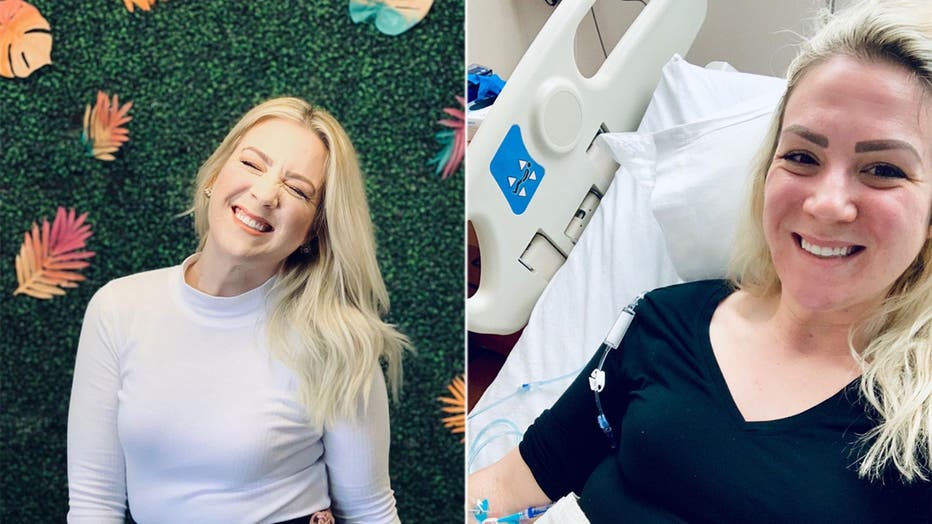 “Lean on your family, friends and loved ones. You will have stormy days, but the sun will shine the next day. It’s okay to be scared and cry,” she advised. (Photo credit: MDWfeatures / @marisastrupp)

But when she received the diagnosis, “I was horrified, scared and paralyzed with fear. Never in my life did I hear about vulvar melanoma.”

Strupp required surgery to remove the cancer, which had spread to surrounding lymph nodes — meaning it had been upgraded to stage 3 vulvar melanoma, per Metro. Following surgery, doctors recommended she undergo 12 immunotherapy treatments throughout the course of a year.

According to Metro, she suffered side effects such as rashes, migraines and extreme fatigue.

Since beginning treatment, Strupp has taken to Instagram to share updates. In a July 17 post, Strupp announced her scans were clear but noted she had two treatments left. In a Sept. 10 post, she said she completed her immunotherapy treatments.

Strupp said connecting with others battling cancer through social media has helped her find and build a community of support. 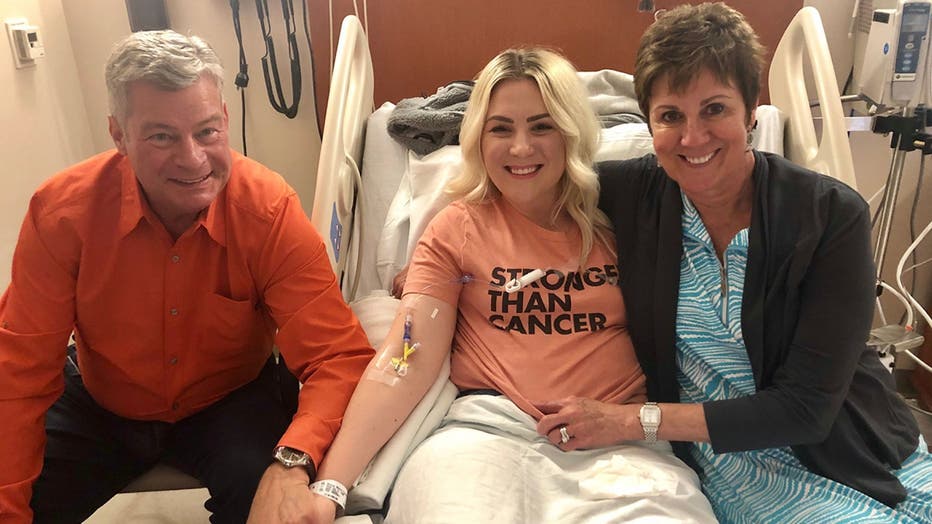 “I’ve talked to and spoken to people all around the world — Germany, Argentina, [and] England — and in the US. Not everyone has my specific melanoma … or some are starting their immunotherapy and want to know what it’s like,” she said. “Or maybe they just want someone to connect with so they know when they explain their side effects, you can understand.”

Strupp is required to see a doctor every four to six months in order to ensure her cancer has not returned.

“Cancer took so much away from me [but] I won’t let it take me down and change me. I’m not a cancer victim, I’m defeating it,” she said.

As for her message to others battling cancer: “You are not alone.”

“Lean on your family, friends and loved ones. You will have stormy days, but the sun will shine the next day. It’s OK to be scared and cry,” she said. “Just know there are others out there like you that are there to support, love and help you.”