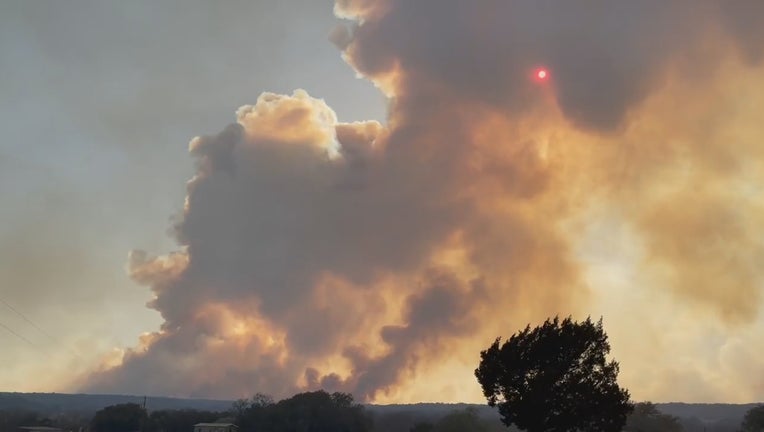 CASTROVILLE, Texas - Hot, dry weather means an increased risk of wildfires in Texas. Several are already burning across the state.

To the west and southwest of Dallas-Fort Worth, a fire in Eastland County is around 90% contained. And a smaller fire in Palo Pinto County is now about 30% contained.

A wildfire has burned more 1,000 acres in South Texas forcing some people to evacuate, destroying three homes and knocking out power to more than 100 others, officials said Sunday.

Gov. Greg Abbott declared a disaster in Medina County during a news conference and said the blaze that's forced 40 households to evacuate was only 10% contained.

The fire has not caused any reported injuries or deaths, but officials in the county west of San Antonio warned residents remaining in the area that there was still high risk the flames could spread.

The wildfire began late Friday afternoon and worsened Sunday because of strong winds and low humidity.

More than 200 firefighters are working to combat the blaze and Medina County Judge Chris Schuchart said that they are praying rain. 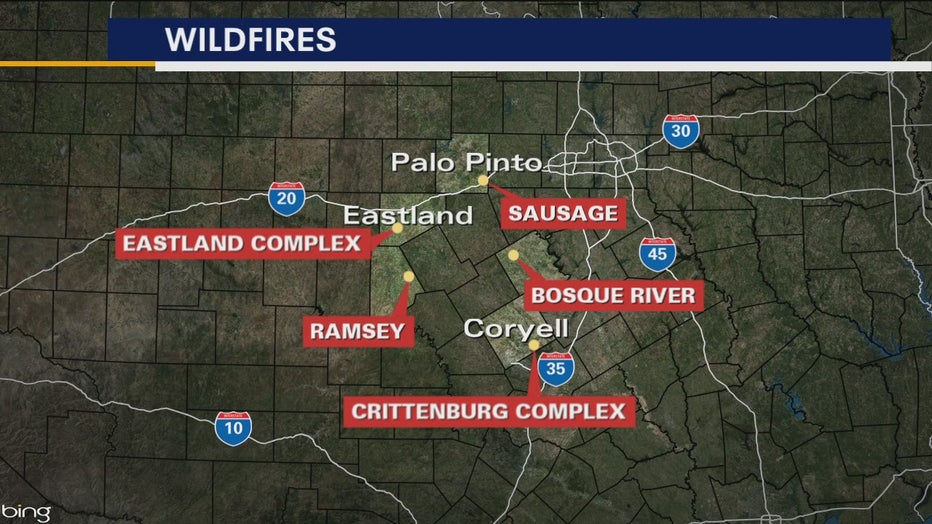 A wildfire burning in Central Texas forced some evacuations Sunday near Fort Hood.

The Texas A&M Forest Service calls it the Crittenberg complex. Three fires merged into one. It has burned more than 17,000 acres and there’s no containment yet.

People in the small town of Flat, about 30 miles from Fort Hood, were allowed back into their homes late Sunday after a brief evacuation order.

Some smoke from the fire drifted into North Texas.

The Assocaited Press contributed to this report.