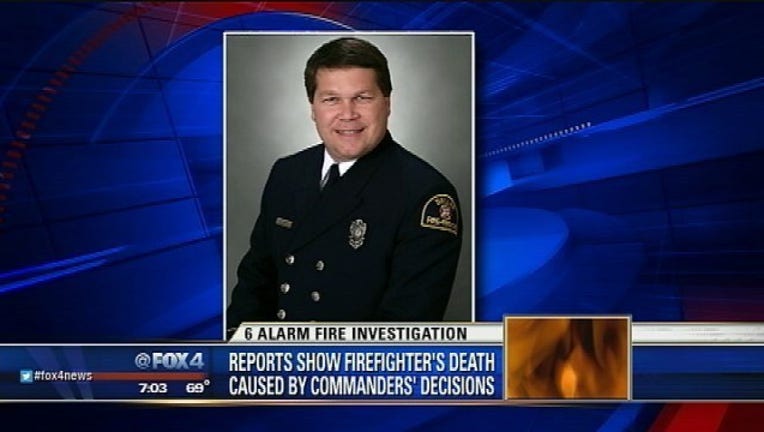 The widow of a Dallas firefighter killed while battling a six-alarm condo fire will speak publicly for the first time Tuesday.

Stanley Wilson's death remains controversial. He died when the building collapsed on top of him.

Fellow firefighters say a deputy chief who has since retired ordered them back into the burning building that was already unsafe.

"Communications have to be much more effective when you're on the fire ground with close to 200 people on scene. Orders, directions and statements have to be crystal clear and there were conflicting statements given in terms of what orders were given," Chief Louie Bright told FOX 4 in September.

A lengthy internal investigation showed Wilson died due to both communication problems and a commander's decision on the scene.