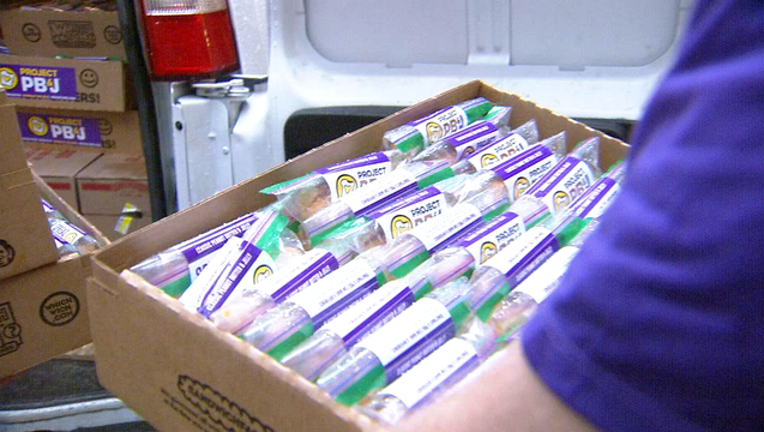 The donation is part of the company's "Project PB&J", which is designed to give food to people who need it. The donation matches the 14,100 peanut butter and jelly sandwiches that were sold throughout the company's 400 locations in April, or "National PB&J Month", as it's known to Which Wich.

"One of the things that charities like the Salvation Army needs are sandwiches," Dallas-based Which Wich CEO Jeff Sinelli said. "And because we're in the sandwich business it's perfect opportunity for us to give a simple sandwich like a peanut butter and jelly."

Which Wich donated the sandwiches to the Salvation Army on Friday, but this project is ongoing. Each Which Wich location donates to local charities.