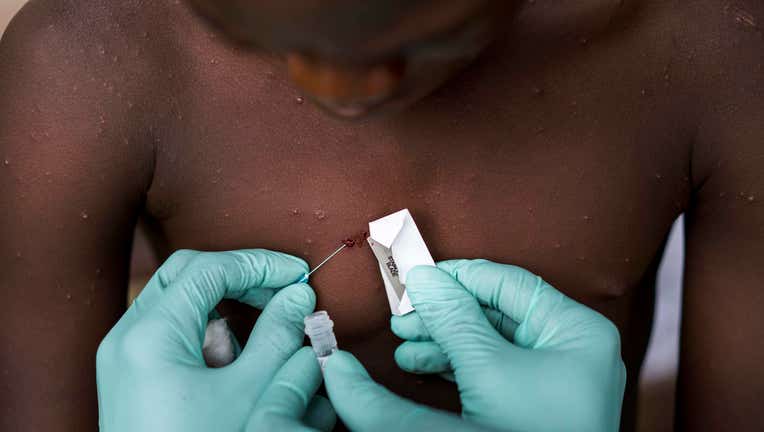 Being examined by Congolese doctors, a Manfuette village teenage boy is suspected of suffering from the MonkeyPox virus in Manfuette, Republic of Congo Tuesday August 29, 2017. In a remote northern village within Central Africa, a team from the Cente

DALLAS - Officials announced Friday a Dallas resident tested positive for Monkeypox after traveling from Nigeria to Dallas. It's believed to be the first-ever case of the rare disease in Texas.

The CDC provides answers to common questions about the disease, which Americans rarely – if ever – encounter.

Monkeypox was first discovered in 1958 when two outbreaks of a pox-like disease occurred in colonies of monkeys kept for research, hence the name ‘monkeypox.’ The first human case of monkeypox was recorded in 1970 in the Democratic Republic of Congo during a period of intensified effort to eliminate smallpox. Since then monkeypox has been reported in humans in other central and western African countries.

What are signs or symptoms of Monkeypox?

The illness begins with:

Within 1 to 3 days (sometimes longer) after the appearance of fever, the patient develops a rash, often beginning on the face then spreading to other parts of the body.

Lesions progress through the following stages before falling off:

The illness typically lasts for 2−4 weeks. In Africa, monkeypox has been shown to cause death in as many as 1 in 10 persons who contract the disease.

RELATED: Dallas resident has Monkeypox; believed to be first-ever case in Texas 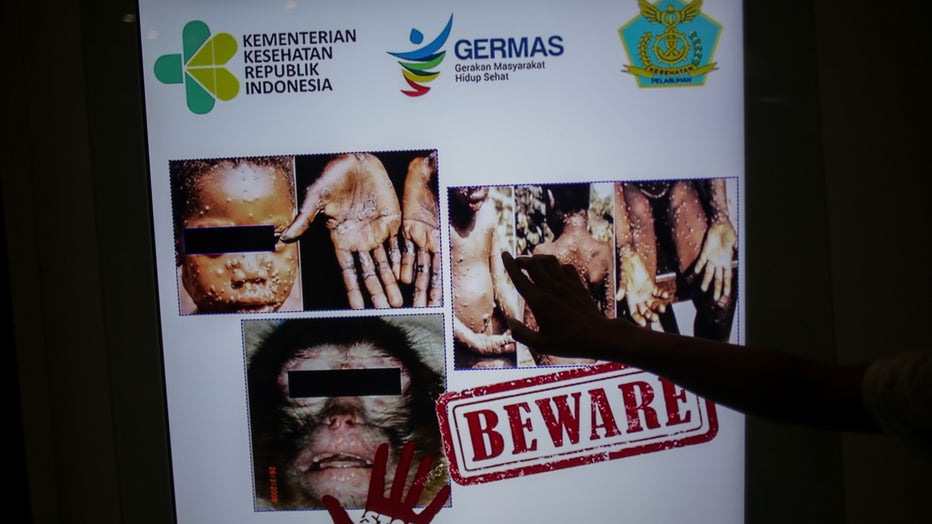 A passenger walk in front of a monkeypox virus information at Soekarno-Hatta International Airport in Tangerang near Jakarta, Indonesia on May 15, 2019. Monkeypox is an infectious disease by monkeypox virus endemic from parts of Central and Westerns

How is Monkeypox spread or transmitted?

How do you treat Monkeypox?

Currently, there is no proven, safe treatment for monkeypox virus infection. For purposes of controlling a monkeypox outbreak in the United States, smallpox vaccine, antivirals, and vaccinia immune globulin (VIG) can be used.

All text/information is from the Centers for Disease Control.

RELATED: Dallas resident has Monkeypox; believed to be first-ever case in Texas