Friends and family of a University of Utah running back who accidentally shot himself gathered Tuesday, one day before his funeral at AT&amp;T Stadium.

DALLAS - Friends and family of a University of Utah running back who accidentally shot himself gathered Tuesday, one day before his funeral at AT&T Stadium.

People came to the Golden Gate Funeral Home to see the young man they loved in life, Ty-Coreous Jordan. To those who loved him he was simply, Ty.

"I'm the older brother, but I definitely looked up to him because I didn’t really know what I wanted to do with my life. But him, football was it from the very start," said A-Juan Moore.

West Mesquite High School is where ty honed his running back skills.

"I loved playing against him. Freshman year he put up about 400 yards on us and five touchdowns," said Gavin West, longtime friend.

Ty's talent took him to Utah. In his freshman year, playing in only five games before getting hurt, he earned PAC-12 Offensive Player of the Year honors.

"So many called him the G.O.A.T. that I actually bought him a goat chain," A-Juan said. "The night I was going to give it to him, Christmas night, is when it all happened and that caused some kind of trauma I can’t even explain to you."

Ty accidentally shot himself in the abdomen and died.

The university will send his football teammates to North Texas for Wednesday's 11:00 a.m. funeral in a place where football players make memories – AT&T Stadium. 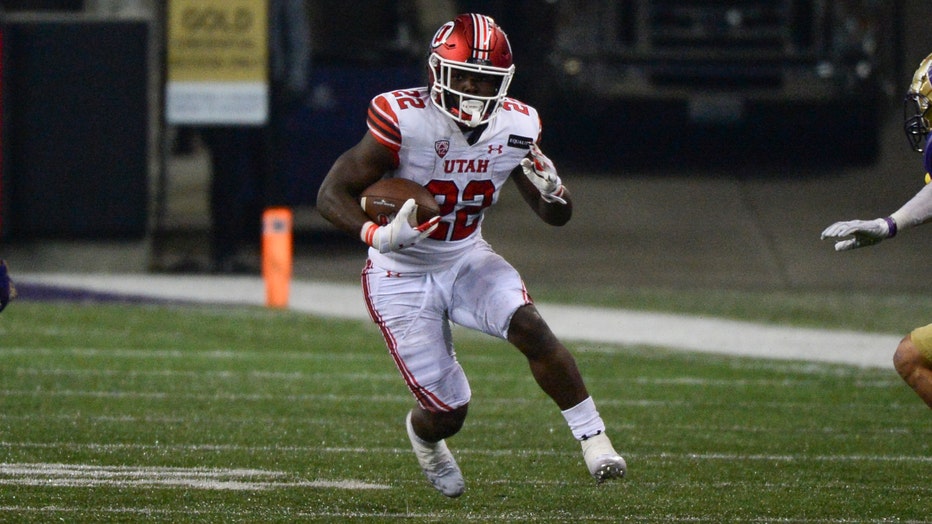 SEATTLE, WA - NOVEMBER 28: Utah Utes running back Ty Jordan (22) runs the ball during a PAC12 football game between the Utah Utes and the Washington Huskies on November 28, 2020, at Husky Stadium in Seattle, WA. (Photo by Jeff Halstead/Icon Sportswir

"Ty is in his complete football uniform … as well as his cleats," said John Beckwith, owner of Golden Gate Funeral Home. "And what we're gonna do is have his football team take him into the end zone one last time.

The family said having his funeral at the home of the Dallas Cowboys is appropriate.

The University of Utah announced Tuesday it will establish a memorial scholarship in Ty’s honor.