People in a West Dallas neighborhood near Trinity Groves are fed up with the loud noises coming from a nearby concrete plant.

DALLAS - People in a West Dallas neighborhood near Trinity Groves are fed up with the loud noises coming from a nearby concrete plant.

It turns out the plant has been operating without a permit for more than a year and a half.

Preston Miller and his wife bought their home in the newly built Meridian Subdivision during the pandemic about a year ago.

"Everything was fine until earlier this year," he said. "My wife and me started hearing this loud banging trucks backing up and we went, ‘What is that?’"

As the economy ramped back up, so did loud noises from a concrete batch plant hidden behind the trees of their neighborhood. 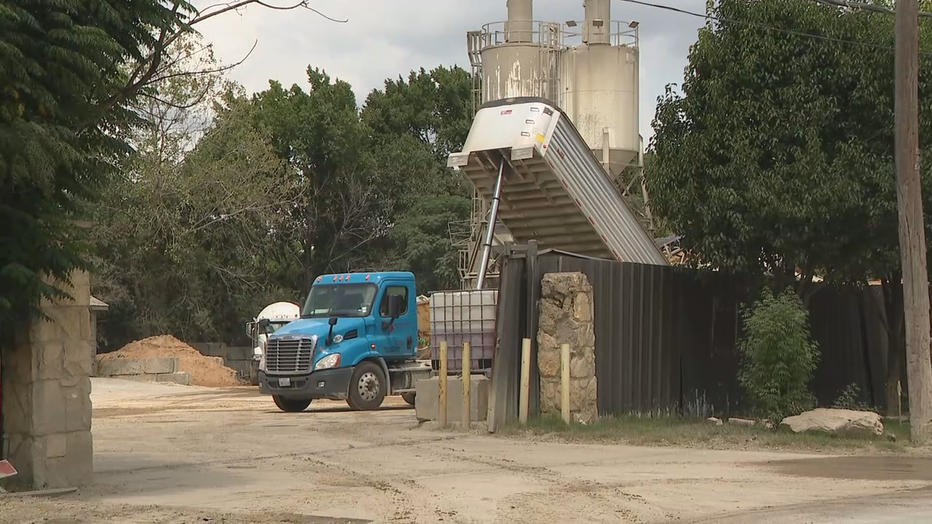 Miller says it’s the sounds at night that bother him the most.

"It’s maddening when we can’t sleep and have to work in the morning," he said.

Miller soon learned that Reliable Concrete has not had a permit to operate in the area since December 2019.

In May, the city sued the owners, citing the plant's illegal early morning operation among other issues. But the city was unable to serve the defendant after 15 attempts over the course of an entire month.

FOX 4 first tried contacting the owner more than two weeks ago, but we were told he was out of the country with no return date. An employee said the owner does check his email, but FOX 4 has yet to receive a response from him.

Miller says city officials told him the legal process to resolve this could take years...

"If this could take years, how many will it take? When will we have peace of mind?" he said. "To be able to sleep. When you buy your home, that is all anyone wants."

Tailim Song is the owner’s attorney. He said his client disputes many of the city's claims. He also said his client is not operating late at night and is currently working to relocate the plant to another site. But he says those efforts have been slowed down by the city's building permit backlog.

Song said his client intends to close down the existing plant as soon as possible.