The National Weather Service extended its flash flood watch for North Texas and may do it again before the week is out.

DALLAS - The National Weather Service extended its flash flood watch for North Texas and may do it again before the week is out.

Crews are on standby in case there's a repeat of Sunday afternoon.

Dallas Fire Rescue’s swift water rescue teams are ready to roll with the threat for flash flooding in North Texas this week. 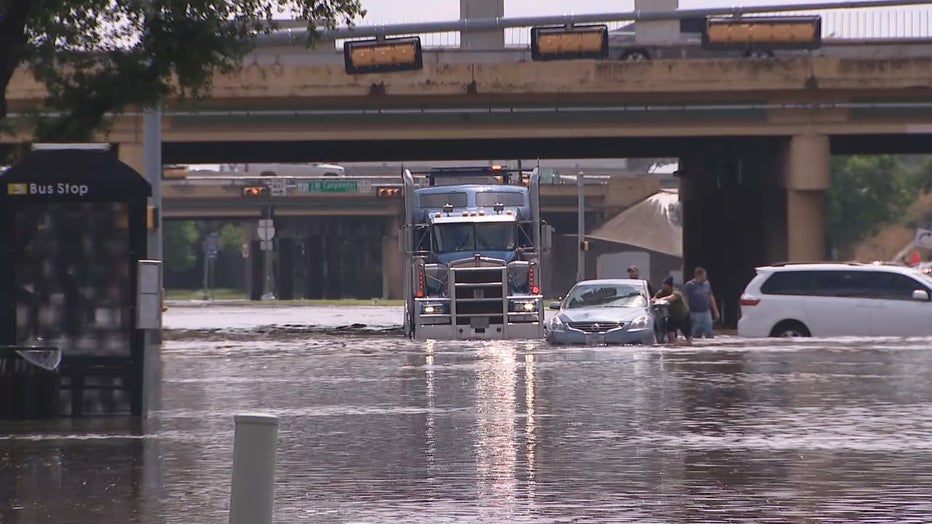 We’ve been fortunate the last couple days that there hasn’t really been a repeat of what we saw on Sunday yet.

"If you have any doubts whatsoever that the water’s too deep, chances are it probably is," Arregein said. "So it’s not worth the risk."

A flash flood watch is in effect until at least Wednesday evening, according to the NWS. Significant amounts of rainfall are expected through the week.

DFR has two swift-water rescue crews on the south side and one on the north side of the town.

"So, we’re specifically situated here just because of our proximity to the Trinity River," Arregein said.

Tuesday, the NWS said the Trinity River in Dallas was still about a foot above flood stage.

"So for the swift water team, we’re here to mitigate any water-related emergency, whether that’s just walking someone out of their vehicle that’s stalled out in high water," Arregein said.

And there are possibilities of scarier situations. So the ones rescuing want people to realize how dangerous flooding can be.

"In a split second, the water’s dynamic and you can’t really predict it," Arregein said.