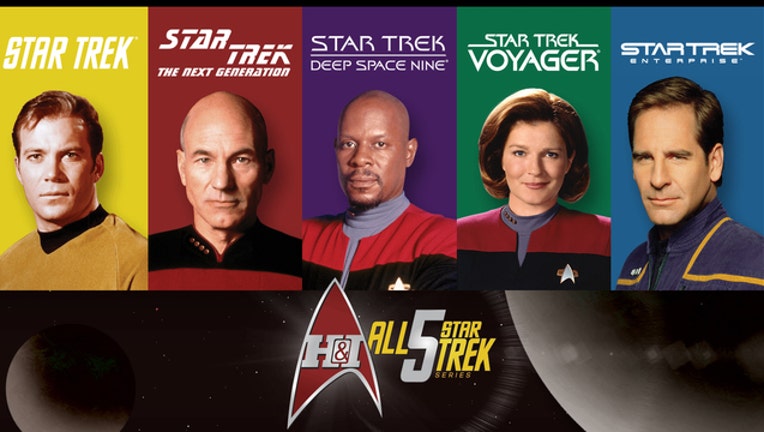 Recently it seems that the entertainment universe has been beaming up all things Star Trek. What began simply as “five year mission to boldly go where no man has gone before” has been transporting audiences to new worlds for 50 years now, with no slowing down in sight.

This weekend the latest big screen adventure arrives at the cineplex with Star Trek: Beyond. Also this weekend the pop culture epicenter is at Comic Con, where Star Trek fans will hear about a new streaming series to debut next year. And of course, 2016 marks the 50th anniversary of the debut of the original Star Trek series on television, a landmark event for trekkies and everyone who appreciates great TV.

There is one more story that Star Trek fans will want to hear, and this one is happening right now in Dallas. The new Heroes & Icons TV Network, also known as H&I and available locally on broadcast TV channel 27.4 and on AT&T Uverse channels 137, 1137 and 1847, is about to boldly go where no network as gone before, with the debut its new All Star Trek programming block.

Just like the name says, H&I will present all 5 of the original live action Star Trek TV series, all together on the network. Beginning Sunday, July 24, 2016, at 7:00pm, viewers will see Star Trek: The Original Series, Star Trek: The Next Generation, Star Trek: Deep Space Nine, Star Trek: Voyager and Star Trek: Enterprise.

That really is all Star Trek, all together. You could also say it is out of this world TV.

Amazingly, no one has ever done this before in the 50-year history of Star Trek on television. All Star Trek on H&I will begin with the first episode of each series, and air them together and in order. Sunday nights it is a single five-hour block, while weeknights all five series will air throughout the night as part of the evening line up. Imagine- a Trek binge six nights a week on free TV.

There is one more important part of this story, maybe the best part for fans. Back when the original Star Trek first aired on TV there were far fewer TV commercials inside shows. Since then, every time Star Trek played on TV in reruns, many scenes were cut out to make room for more commercials. Now for All Star Trek, Heroes & Icons is presenting the uncut original length versions of Star Trek, versions not seen on broadcast TV in years. This gives fans a unique chance to explore the series again in a way similar to when it aired on TV 50 years ago. And as a bonus, H&I is broadcasting the re-mastered and enhanced Star Trek prints with updated effects. Think of it as the old school story edit with the new school visuals.

Dallas is among the first cities to have access to the Heroes & Icons TV Network and will be among the first to get to enjoy All Star Trek. No matter your favorite Trek series- Star Trek: The Original Series, Star Trek: The Next Generation, Star Trek: Deep Space Nine, Star Trek: Voyager and Star Trek: Enterprise, they are now all on your TV set, all together, all from the beginning. Check it out on broadcast TV channel 27.4 and on AT&T Uverse channels 137, 1137 and 1847.

If your are a Star Trek fan, All Star Trek might be all you ever wanted and more.

To get a complete schedule, visit AllStarTrek.com.