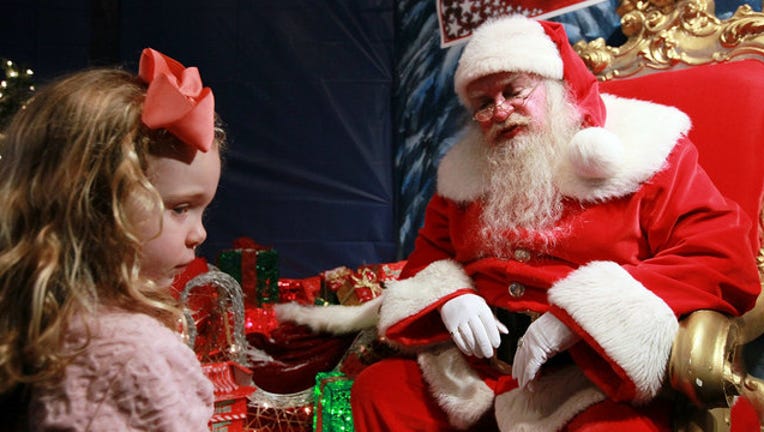 The Washington Post published a story this week questioning whether or not children should be forced to sit on Santa Claus’ lap amid the #MeToo movement.

WashPost gender and family issues reporter Samantha Schmidt penned the feature headlined, “Should crying children sit on Santa’s lap for photos? Here’s why some parents are saying no.” The story appeared in the Social Issues section of the paper’s website.

Schmidt opened the piece by painting a picture of a two-year-old girl who was reluctant to sit on Santa’s lap during a recent trip to the mall – which frustrated the toddler’s mother. Schmidt asked, “If her daughter was crying and resisting a photo on Santa’s lap, should she make her go through with it?”

The reporter notes that a “photo with Santa is still a childhood rite of passage for many Americans,” but some parents have “begun questioning the way the culture approaches photos with Santa amid the #MeToo movement and a national conversation over how to teach young children about consent and physical boundaries.”

Schmidt pondered what kind of message it sends to girls later in life if they were forced to sit on Santa’s lap as a child.

“Some say it’s a matter of simply listening to children and not forcing them to follow through with photos if they are scared or uneasy. Others have opted out of taking their children to meet Santa in the first place,” Schmidt wrote before detailing various accounts of parents who object to forcing children to sit on Santa’s lap.

However, Schmidt acknowledged that many people will still partake in the holiday tradition.

“For many parents, merely putting Santa in the same sentence as #MeToo is an absurd overreaction and an attempt to politicize an innocent, beloved holiday ritual,” she wrote.

Schmidt also cited a developmental psychologist who feels “lessons about consent and unwanted touching should start early, and parents could use the holiday tradition as an opportunity to teach children that they are in control of their bodies.”

The reporter added that most “Santas are taught to make sure their hands are always visible” during the holiday photo shoots.