The Washington Monument, the tallest building in the nation's capital, reopened to the public on Thursday after a three-year closure and multi-million dollar renovation.

WASHINGTON - The Washington Monument, the tallest building in the nation's capital, reopened to the public on Thursday after a three-year closure and multi-million dollar renovation.

The iconic 555-foot stone obelisk, which offers majestic views of D.C.'s memorials, the U.S. Capitol and the National Mall, was closed in September 2016 to replace the structure's elevator system, to add a new security screening facility and to make other needed repairs. 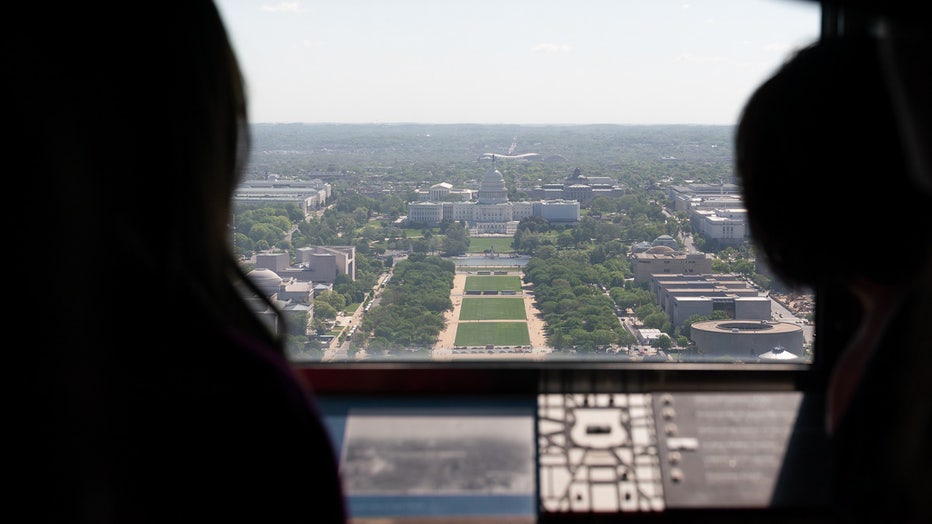 First Lady Melania Trump and Mrs. Akie Abe, wife of the Prime Minister of Japan Shinzo Abe, look out at the United States Capitol during a tour of the Washington Monument’s observation deck Saturday, April 27, 2019, in Washington, D.C. (Official Whit

An earthquake in 2011 left cracks in the stones near the top of the monument and a series of elevator malfunctions temporally closed the structure several times before the 2016 repair project began. 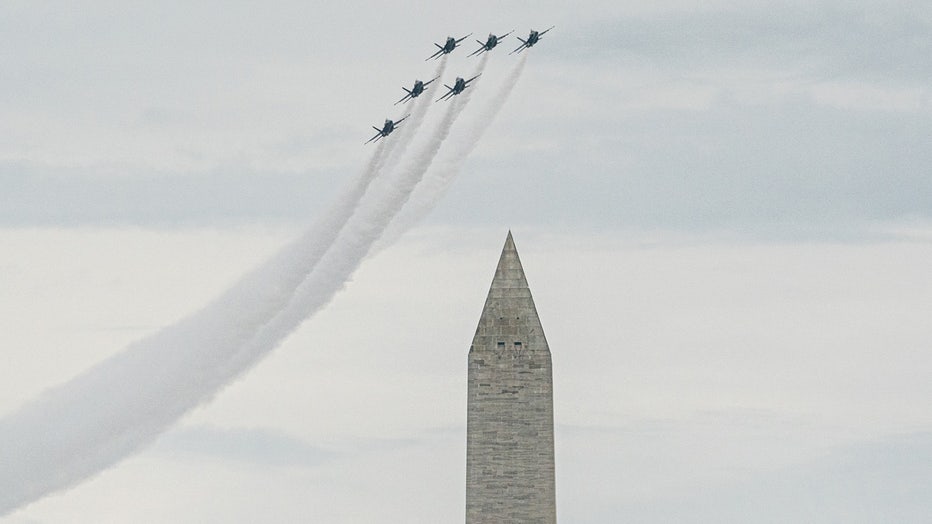 National Park Service spokesman Mike Litterst gave FOX 5 an early look from inside the Washington Monument's observation area on Wednesday. He said that the elevator malfunctions were making the system unreliable and that the department could not guarantee passengers wouldn't get stuck. He said that during the closure, the elevator has been completely modernized with a new control system and all new mechanical parts. 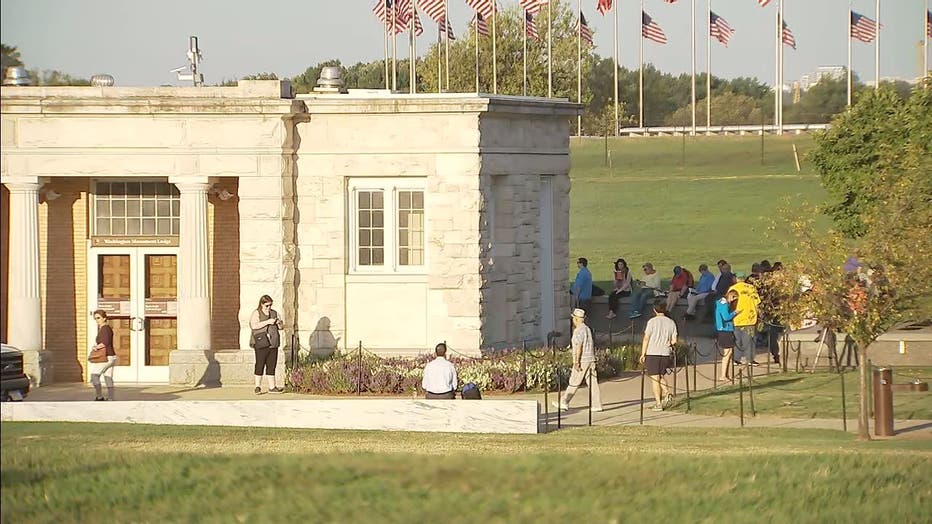 Lines form ahead of the reopening of the Washington Monument.

The Washington Monument took nearly 40 years to complete with construction beginning in 1848. Work was halted in 1854 at around 150 feet when funding ran out and the delay was extended by the Civil War. When construction resumed in 1879, builders were forced to use stone from a different quarry giving the obelisk its distinctive two-tone color. 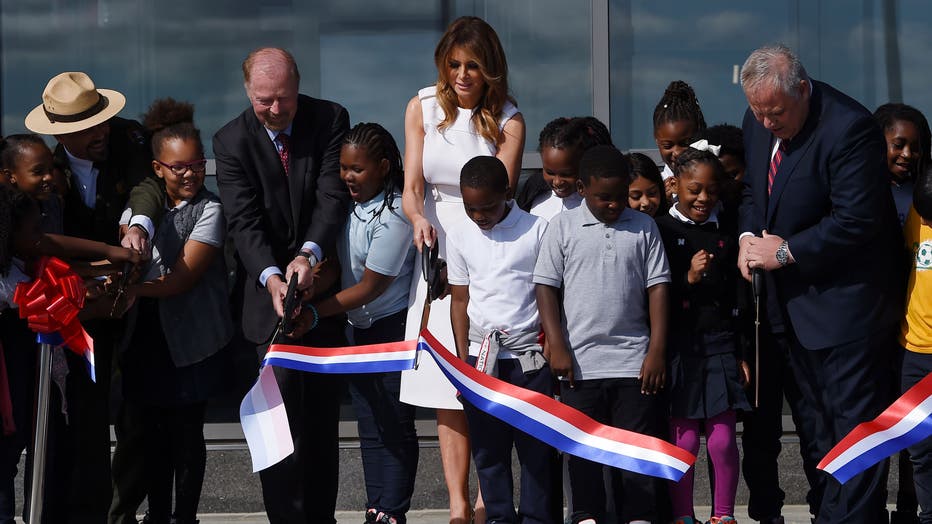 US First Lady Melania Trump participates in the ribbon cutting ceremony with 4th graders from Amidon-Bowen Elementary school during the reopening of the Washington Monument on the National Mallon September 19, 2019 in Washington, DC. (Photo by Olivier Douliery / AFP) (Photo credit should read OLIVIER DOULIERY/AFP/Getty Images)

The Washington Monument was the tallest building in the world but was soon overtaken by the Eiffel Tower in 1889. It averages about 500,000 visitors per year. First lady Melania Trump attended the ribbon-cutting ceremony with area school children.

How to get tickets

For tours Sept. 19-Oct. 18
Same-day tickets for opening day and all tours through Oct. 18 will be available on a first-come, first-served basis starting at 8:30 a.m. at the Washington Monument Lodge, located on 15th Street, between Madison Drive, NW and Jefferson Drive, SW. The monument will be open daily from 9 a.m. until 5 p.m.

For tours beginning Oct. 19
Starting on Oct. 10 at 10 a.m., tickets may be ordered at www.recreation.gov for tour dates beginning on Oct. 19. For additional information, visit www.nps.gov/wamo/planyourvisit/fees.htm. Same-day tickets will be available on a first-come, first-served basis daily, starting at 8:30 a.m. at the Washington Monument Lodge. The monument will be open daily from 9 a.m. until 5 p.m.