BENTONVILLE, Ark. - Walmart employees across the country were given another round of bonuses Thursday for their dedicated work during the coronavirus pandemic. 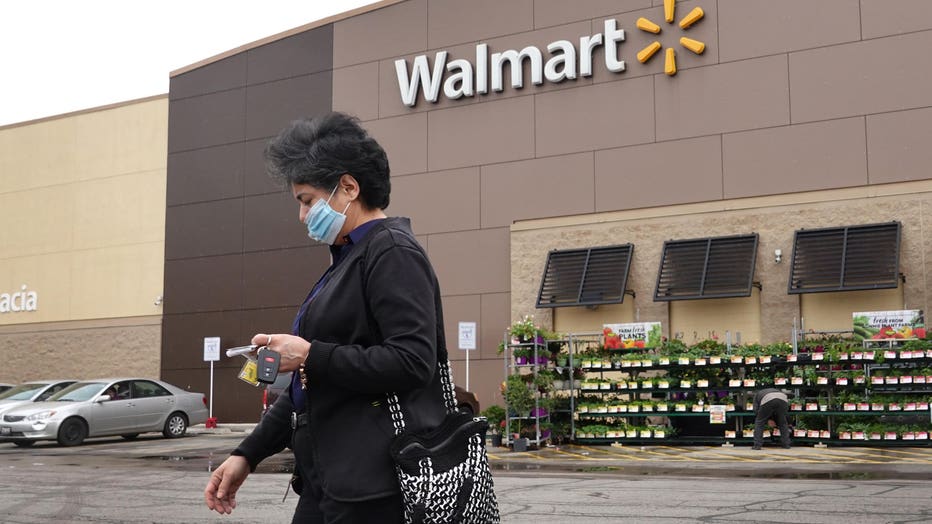 Customers shop at a Walmart store on May 19, 2020 in Chicago, Illinois. (Photo by Scott Olson/Getty Images)

“Walmart and Sam’s Club associates continue to do remarkable work, and it’s important we reward and appreciate them,” John Furner, president and CEO of Walmart U.S., said in a May 12 statement when the June bonus was first announced. “All across the country, they’re providing Americans with the food, medicine and supplies they need, while going above and beyond the normal scope of their jobs – diligently sanitizing their facilities, making customers and members feel safe and welcome, and handling difficult situations with professionalism and grace.”

All net proceeds will be donated to First Responders First, an initiative created to help provide essential supplies and resources for health care workers and their families.

Walmart previously issued a pandemic-related cash bonus to its employees on April 2, totaling to more than $365 million.

In late April, the Arkansas-based company paid almost $180 million in cash bonuses to its hourly associates nationwide, which was actually accelerated quarterly incentive payouts — in addition to the previously announced bonuses.

In total, Walmart has paid more than $935 million in bonuses for associates so far this year.

The retail giant, which has more than 11,500 stores in 27 countries, said it has also hired 200,000 associates in its stores, clubs, distribution centers and fulfillment centers since March 19.

Target has similarly compensated its employees working in its stores and distribution centers during the crisis, including a bonus of $200 to eligible full-time and part-time hourly team members at the end of July. The company also said it is permanently increasing its minimum wage to $15 an hour beginning July 5.