It was not a tornado but straight-line winds that caused damage in the Collin County city of Farmersville. Folks are coming together to clean up.

A mobile home was destroyed by straight-line winds early Monday morning. The Farmersville Fire Department posted pictures of the damage on social media. 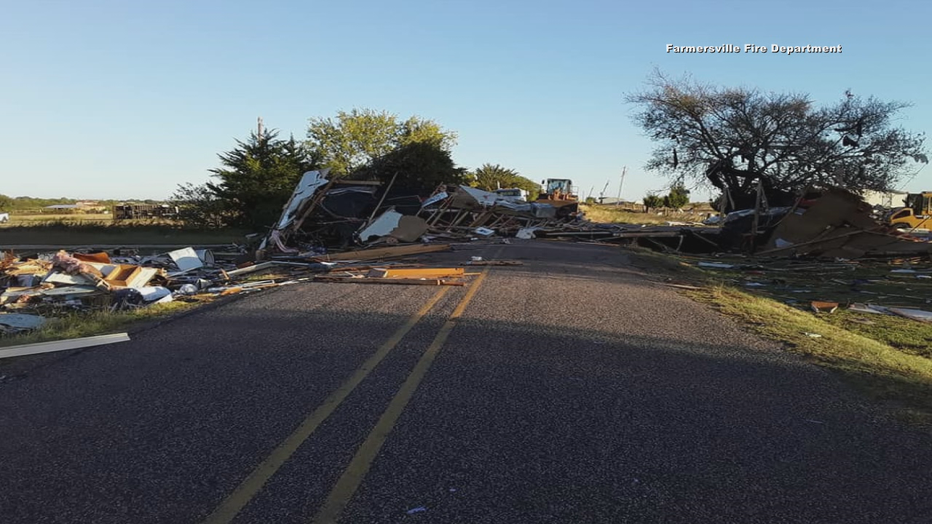 An elderly couple was inside but their grandkids had made it to a storm shelter just before the winds hit.

“My grandparents took a while to get out so as they were walking out I guess the door shut on them. They felt the thing going over them and everything just landed way over there. We barely made it to the shelter too,” said 16-year-old Anthony Solis. “It was scary. I just heard my grandma scream just pure silence. You couldn’t hear anything else.”

Adrian and Esmeralda Solis are okay but did suffer some broken bones.

The Collin County Road & Bridge crew, Minuteman Disaster Response team and other local disaster relief volunteers will be helping them clear the debris on their property Thursday.