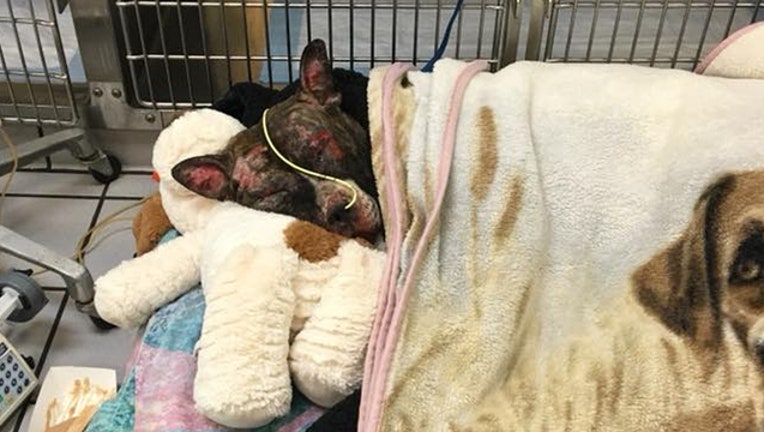 RICHMOND, Va. - (AP) -- Officials at a Virginia animal shelter say a dog was set on fire at a city park and suffered burns to over 40 percent of its body.

Richmond Animal Care and Control says in a Facebook post that the male brindle pit bull was tied to a pole in a city park, covered in accelerant and set on fire Sunday night. It says witnesses saw a man wearing multiple layers of pants run from the scene.

The shelter says the dog, which has been named Tommie, is being treated at Virginia Veterinary Centers.

Shelter officials asked the public for any information that could identify the person responsible.

They say not many cases rattle the shelter's staff, but Tommie's makes them "want to just sit on the floor and cry."