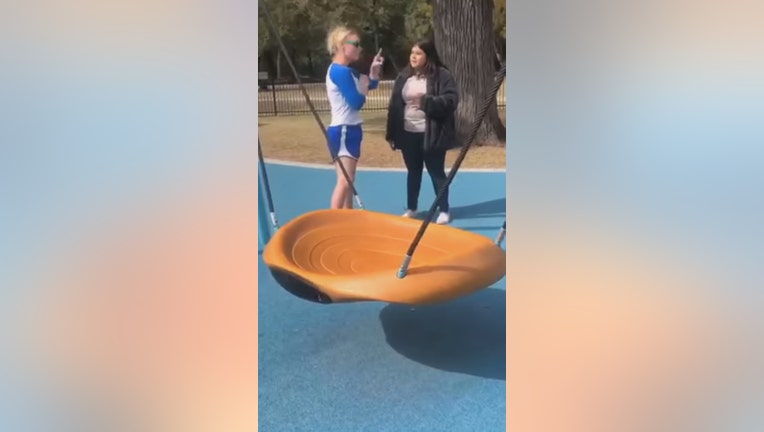 FORT WORTH, Texas - Fort Worth police are investigating a viral video that shows a woman who claimed to be a police officer yelling at a group of teenagers.

The video shared on Twitter and Facebook shows a group of teenagers laughing and using the playground equipment at Dream Park Wednesday afternoon.

A woman walks up to them and tells them to stop because she says the park is for children. She proceeds to tell them she is “PD,” curses and orders them out of the park.

One teenager explains to the woman that she’s only 16.

“Right. Then you’re not an f-ing child,” she said. “Literally I can arrest you as a f-ing adult.”

The Fort Worth Police Department said it has received numerous complaints about the woman using vulgar and inappropriate language toward youth and children.

“It has been confirmed that this person is NOT a Fort Worth Police Officer but a possible local resident,” the department said on its Facebook page.

Police are now investigating the incident and could file criminal charges for impersonating an public servant and disorderly conduct.