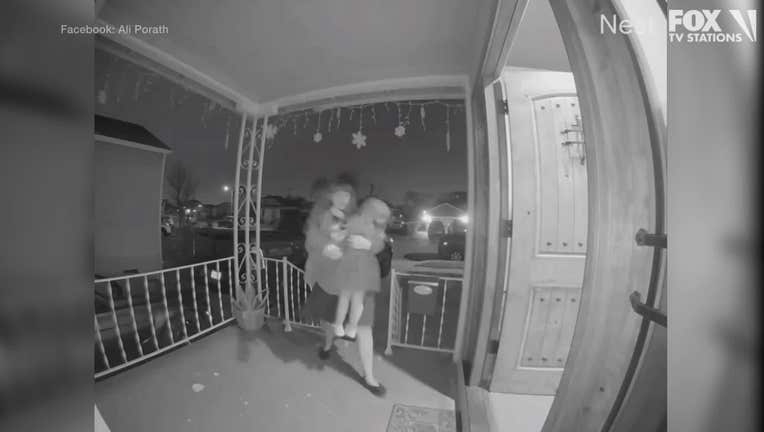 LAKEWOOD, Calif. - A man accused of following a mother and child to their home in Lakewood had accidentally gone to the wrong house, according to the Los Angeles County Sheriff's Department.

Homeowner Ali Porath posted on Facebook that the situation spooked her, alongside a video of the incident. In the post, she said that she was in the process of unloading the car after she and her child got home when a man appeared in the driveway and approached the front door. Nest doorbell video showed the man trying to open the door before knocking.

While the video ends with the man still at the door, Porath said in her post that the man stayed there for more than two minutes, "knocking, standing there, then called someone before walking away."