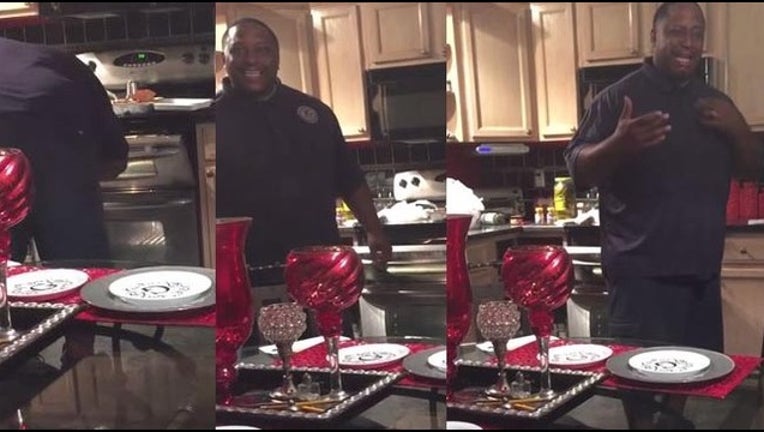 VIRGINIA - A video posted online of a Virginia woman surprising her husband with news of their pregnancy is warming hearts and calling for the tissues across the Internet.

Griffin-Graves posted the heartwarming video as she surprised her husband with actual buns in the oven as the two appeared to be settling in for a romantic dinner.

Griffin-Graves said she found out that her pregnancy was the reason behind her not being able to lose weight. The biggest surprise of all, she's 5 months along!

In an interview with Buzzfeed News, Griffin-Graves said she has been shocked by the reaction to the video, especially since she only sent the YouTube link to eight people.

“I thought that this was going to be for family only,” she said.

Congratulations to the family!