As seen on a video posted by a North Texas congressman, large crowds are still gathering in parking lots and other public spaces, despite the current social distancing rules in place.

FORT WORTH, Texas - Fort Worth has taken steps to minimize gatherings at parks this weekend.

But as seen on a video posted by a North Texas congressman, large crowds are still gathering in parking lots and other public spaces, despite the current social distancing rules in place. He says if the community won't take responsibility, he urges local leaders to tighten restrictions.

Everyone, from the Fort Worth mayor to the state governor, continues to stress the importance of social distancing right now. But some people are still not listening.

It's a frustrating sight for the thousands of people who are following the rules. Fort Worth Democratic Congressman Marc Veasey posted a video online showing a large gathering of people near Miller Avenue Wednesday evening. He points out a Fort Worth Police car was across the street. 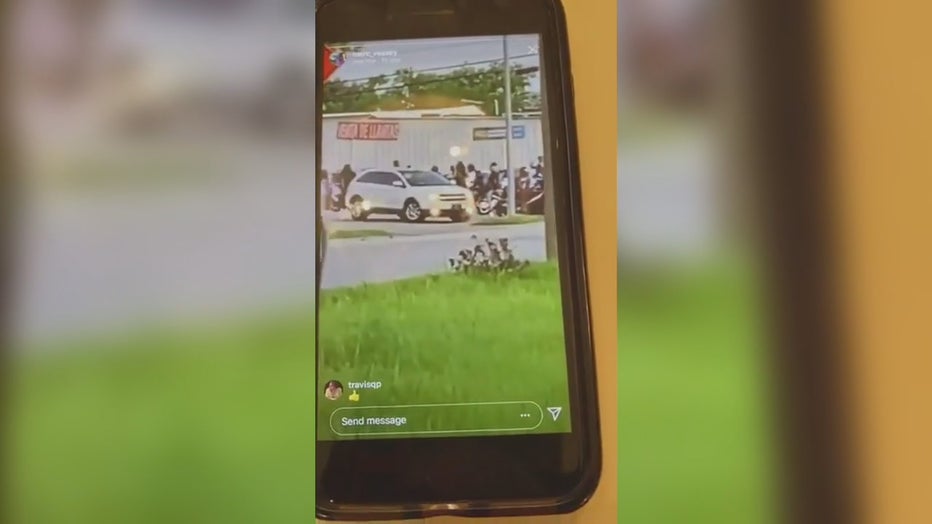 Fort Worth Officer Tracy Carter says those officers had already been out patrolling and were giving the group time to disperse.

“Our job is not to be heavy-handed,” he said. “It’s not to put people in jail. But if we need to change the behavior, we will.”

Carter says Fort Worth PD created the Pandemic Response Team three weeks ago with the goal of enforcing the stay at home order through education.

With officers from gang patrol to the school resource department, the small team is tasked with patrolling Fort Worth neighborhoods and responding to calls about any large gatherings.

“Some of the calls that we’ve gotten, people are saying hey this person has over x amount of people in their house. And so officers go out, and they’re very kind,” Carter said. “As a police department, as a community, to educate all citizens, no matter what demographic, no matter where you live in the city.”

Police have not made any arrests yet. But the city has taken more actions after complaints of people crowding parks and trails.

Public parking at the city's parks will be closed Easter Sunday.

“If we keeping partying today, we may not have a tomorrow,” Carter said. “Once these young people and all of these people that are having a good time out there, if they keep doing this, the spread is gonna be viral and that’s what we’re trying to stop.”

FOX 4 spoke to Representative Veasey on the phone earlier this week, who continues to stress the importance of social distancing.

Veasey urges the community leaders to continue posting on Facebook and telling their communities in their own words why they need to stay home.