The Democrat sheriff in Bexar County is pursuing a separate criminal investigation, but he admits he does not yet know if any laws were broken.

DALLAS - Some of the four dozen asylum seekers who were flown from Texas to Massachusetts claim they were victims of fraud and exploitation.

The group of Venezuelans is suing Republican Florida Gov. Ron DeSantis, who chartered the flight out of San Antonio.

The Democrat sheriff in Bexar County is pursuing a separate criminal investigation, but he admits he does not yet know if any laws were broken.

Bexar County Sheriff Javier Salazar says he has been in contact with a Boston-based attorney representing the Venezuelan migrants. He says investigators will likely travel to the northeast in the coming days to get sworn statements from them about what they were told and by whom.

It was this flight to the Massachusetts island of Martha's Vineyard last week that has a sheriff in Texas launching a criminal investigation. 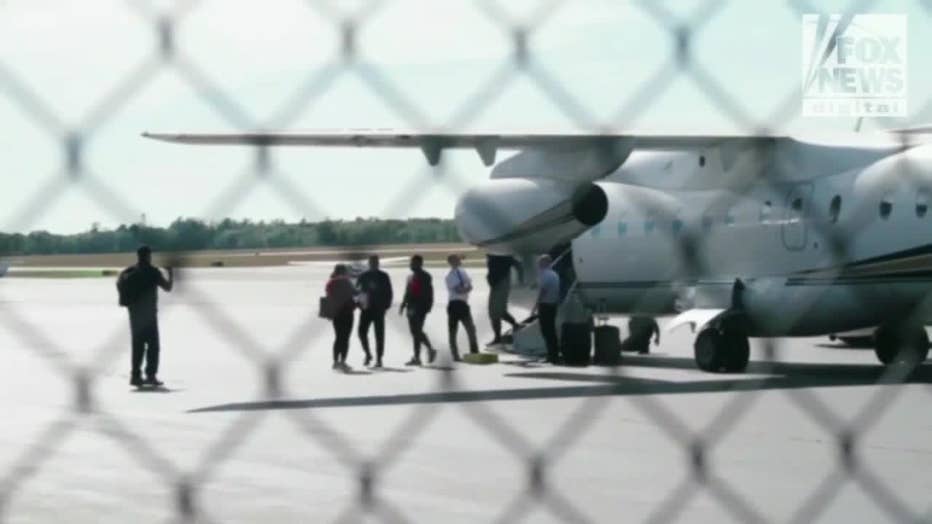 Sheriff Salazar wants to talk to the 48 Venezuelan migrants who boarded the chartered jets from San Antonio. He believes they were lured onto the plane under false pretense, although, he also says it's too soon to know if laws were broken.

"Our understanding is that a Venezuelan migrant was paid a bird dog fee to recruit some 50 migrants in the area around a migrant resource center on San Pedro here in San Antonio," he said.

Sheriff Salazar says he is working with LULAC and an attorney in Boston representing the migrants to figure out who this person was.

"We put a $5,000 reward for this woman named Perla, who was the one that enticed the immigrants to get on the jets," he said.

Garcia says he talked to the migrants when they arrived at Martha's Vineyard. They are asylum seekers who have been allowed to remain in the country pending the outcomes of their legal cases.

Garcia says they were promised three months of paid work and free housing. Town officials were blindsided by their arrival.

"They gave them a map that I saw of Martha's Vineyard with an ‘X’ for the refugee center. It was a parking lot," he said.

And because asylum seekers are not classified as refugees, any services promised to refugees would not necessarily apply to the group flown to Massachusetts. They arrived on chartered flights that were paid for by the Florida government.

"It was clearly voluntary. And all the other nonsense you're hearing is just not true," he said.

Constitutional law attorney David Coale is not involved in this case. He says a key part of the criminal investigation will revolve around these so-called consent forms. Texas Gov. Greg Abbott says migrants transferred under his watch all signed them voluntarily.

Governor DeSantis says all the migrants, in this case, did so as well.

"Just because you have a waiver doesn't bulletproof you," Coale said. "I mean, if someone didn't speak the language the waiver was in or didn't, in fact, understand what it was talking about or it deals with something else entirely, then it backfires."

Garcia said the consent forms are signed and collected by the person or agency arranging the transportation.