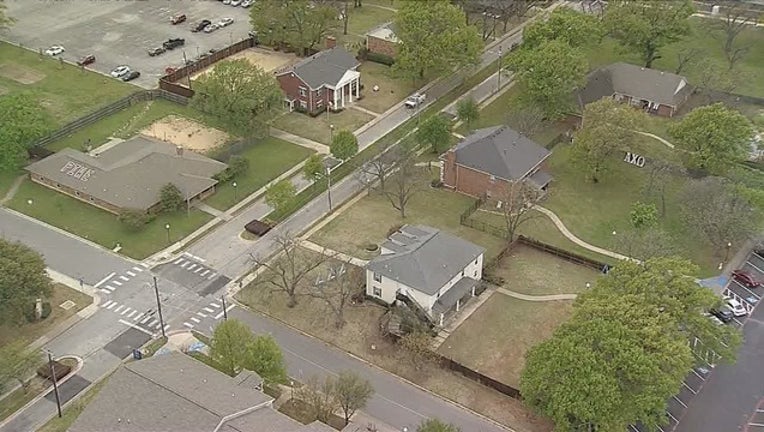 ARLINGTON, Texas - A former University of Texas at Arlington student is suing the Sigma Chi fraternity because of an alleged hazing incident that sent him to the hospital’s intensive care unit.

According to the suit, the hazing happened in March of 2019. Ric Riner was a junior at UTA and a Sigma Chi pledge at the time.

The suit alleges Riner was taken to Lucas Thomason’s home on March 25. There Alejandro Santana, Travis Willis and other unnamed fraternity members ordered him to hand over his cellphone. He was blindfolded and forced to move furniture, recite literature, drink alcohol and do physical exercise for several hours.

Later Riner was taken to the frat house on campus. He was again blindfolded and ordered to dance while other members sprayed him with water and yelled in his face for about an hour, the lawsuit states.

Attorney T Nguyen said his client believed that in order to be accepted into the fraternity he had to drink beer and liquor in such amounts that he suffered alcohol poisoning.

The lawsuit states Riner blacked out after drinking a bottle of Honey Jack liquor. He was eventually hospitalized and sent to the ICU with a blood-alcohol level was .45, which is almost six times the legal limit.

In 2013, the Sigma Chi fraternity at UTA was suspended and put on probation for another incident involving alcohol abuse.

“Here Sigma Chi is again in 2019 doing the same thing,” Nguyen said. “There is a systematic problem with this Greek organization that preys on student pledges who want to belong but are put in jeopardy. After his traumatic medical emergency, he had to drop out of school.”

The lawsuit is seeking $1 million damages for Riner’s medical bills, mental anguish, emotional distress, pain and suffering and other losses.

In April, UTA suspended all social activities for its fraternity and sorority community because of concerns about “the culture of the fraternal community both at UTA and nationally.”

During the suspension, the university created a Fraternity and Sorority Life Task Force to review the fraternities and sororities and recommend steps to "effect a positive shift in the community culture."

The Sigma Chi International Fraternity suspended the UTA chapter indefinitely in May.