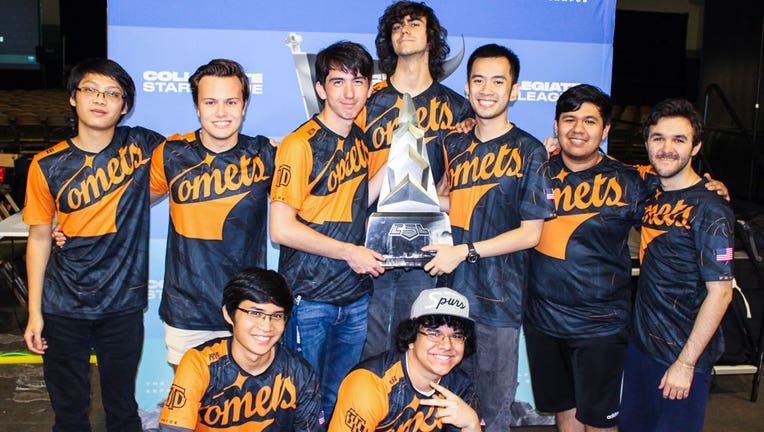 (The University of Texas at Dallas)

RICHARDSON, Texas - The University of Texas at Dallas earned its first-ever athletic national championship — in an unlikely way.

The Super Smash Squad is actually the newest esports team to be formed at the university. It was just created in February.

The Comets defeated the University of California, Irvine in the grand finals to become the number one Smash Ultimate team in the nation.

“It’s pretty unbelievable,” he said. “This was the Smash team’s first semester, and they won a national championship. It speaks to how the sky is the limit and how strong our program could be down the line.”

UT Dallas first began offering esports as part of its athletics department in 2018, making them one of the few universities in Texas to offer competitive video gaming.