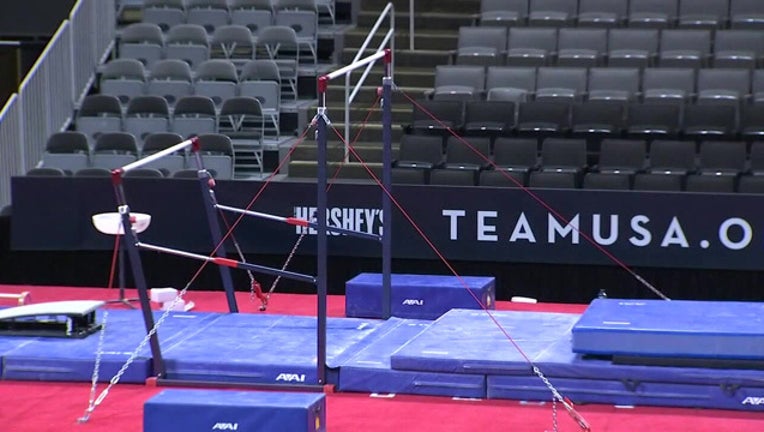 USA Gymnastics is turning to bankruptcy in an effort to ensure its survival.

The embattled organization filed a Chapter 11 bankruptcy petition on Wednesday as it attempts to reach settlements in the dozens of sex-abuse lawsuits it faces and to forestall its potential demise at the hands of the U.S. Olympic Committee.

USA Gymnastics filed the petition in Indianapolis, where it is based. It faces 100 lawsuits representing 350 athletes in various courts across the country who blame the group for failing to supervise Larry Nassar, a team doctor accused of molesting them.

Kathryn Carson, who was recently elected chairwoman of the board of directors, said the organization is turning to bankruptcy to speed things up after mediation attempts failed to gain traction.

"Those discussions were not moving at any pace," Carson said. "We as a board felt this was a critical imperative and decided to take this action."

The filing does not affect the amount of money available to victims, which would come from previously purchased insurance coverage, she said. Carson said the insurance companies "are aware we're taking this action and our expectation is they will come to the table and pay on our coverage."

Carson added: "This is not a liquidation. This is a reorganization."

One that USA Gymnastics hopes will buy it enough time to fend off the USOC's intent to decertify it.

The USOC on Nov. 5 took steps to remove USAG as the sport's governing body at the Olympic level - a step that's taken only under the most extreme circumstances. In an open letter to the gymnastics community, USOC CEO Sarah Hirshland said "you deserve better," and that the challenges facing USA Gymnastics were more than it was capable of overcoming as currently constructed.

Carson said the legal maneuvering Wednesday delays the USOC's efforts to strip its designation as a national governing body.

"We always have a dialogue going with them and intend to make it clear with them we have a lot to talk about and we want to keep that going," Carson said.

"While we fully understand that USAG believes this restructuring will begin to solve deficiencies we've identified, the filing does not impact our Section 8 complaint and that process will move forward," Sandusky said.