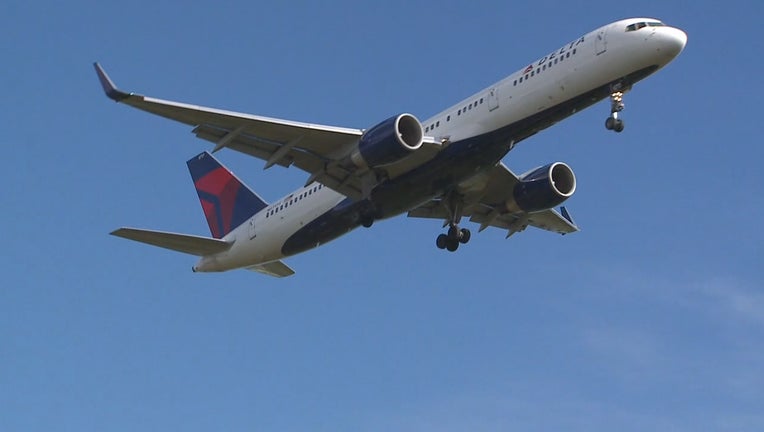 The United States set another record for the number of air travelers since the pandemic set in, although passenger numbers remain far below 2019 levels.

Nearly 1.67 million people were screened at U.S. airport checkpoints on Sunday, according to the Transportation Security Administration. That was the highest number screened since March 12 of last year when air travel began to plummet.

However, it was still 35% below the number of airport travelers reported on the comparable Sunday in 2019, according to TSA figures.

Airlines started to see an increase in bookings around mid-February, and the TSA has screened at least 1 million people every day since March 11. Vacation destinations have been most popular — business travel, which is more profitable for airlines, remains drastically reduced.

Gabe Saglie is the senior editor for Travelzoo. He says 74% of their surveyed members have gotten at least one dose of the COVID-19 vaccine. He says that translates into more people feeling safe to fly again.

Bookings are being driven by leisure travel. Rates are steadily increasing.

"A lot of people are realizing I better get my hands on whatever airfare sale I see now before prices inevitably head upwards over next few months," he said.

Over the weekend, Delta Airlines stopped blocking off middle seats. It was the last U.S. airline to limit seating as a safety precaution.

And on Sunday, DFW Airport tweeted that Lufthansa Airlines was resuming flights to Frankfurt, Germany, as travel restrictions to parts of Europe begin to loosen up some.

"I think the add-ons of these types of opportunities at airports like DFW is just a sign of things to come," Saglie said.

In anticipation of the upward travel trend, the TSA on Monday announced it will host a pop-up TSA pre-check registration event in May at Dallas Love Field."

SMU economist Mike Davis says it's worth noting that Sunday's pandemic-era record travel high is still 35% below the same date in 2019.

"It was a catastrophe a year ago, and we seem to have the COVID thing at least on the run a little bit," he said.

Still, Davis says it's a big boost for the airline industry.

Nearly 50 U.S. and U.K. travel-industry groups urged President Joe Biden and British Prime Minister Boris Johnson to lift restrictions on travel between the two countries. The groups said in a letter Monday that it would be ideal if the two leaders would announce "the full reopening of the U.S.-UK air travel market for both U.S. and UK citizens" before the G7 meeting in early June.

Last week, the TSA extended its requirement that airline passengers wear face masks. That rule was set to expire May 11, but TSA extended it through mid-September.

Travelers should expect planes to be more full. Over the weekend, Delta Air Lines stopped blocking off middle seats. It was the last U.S. airline to limit seating as a safety precaution.