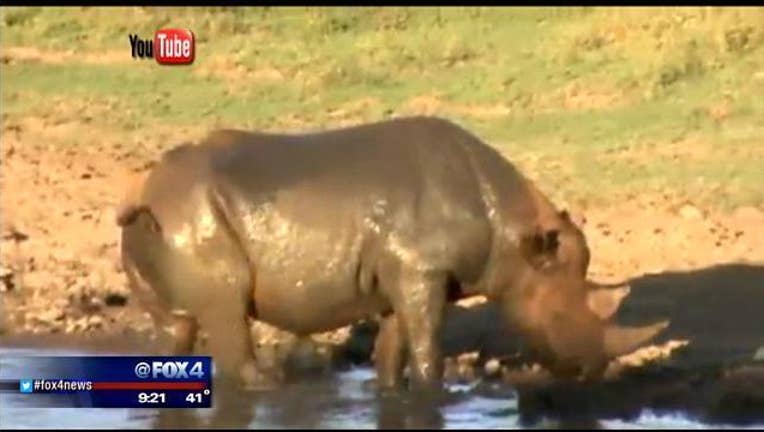 The U.S. government will allow a Texas man to import the trophy of an endangered black rhinoceros should he kill one in Africa as part of a conservation fundraiser.

The U.S. Fish and Wildlife Service said Thursday that importing a carcass from Namibia meets criteria under the Endangered Species Act of benefiting conservation.

Corey Knowlton bid $350,000 last year in a Dallas Safari Club auction billed as a fundraising effort to save the black rhino.

In a letter to the agency in December, the club's executive director, Ben Carter, said the money raised from such auctions is "critical to supporting the Namibian government in their efforts to stem the tide of commercial killing of these animals."

Since publishing the initial request in November, the U.S. Fish and Wildlife Service received more than 15,000 comments, as well as petitions with about 152,000 signatures demanding that it be denied. PETA said Thursday that it will file a lawsuit.

The hunt was postponed and Knowlton's money kept in escrow while the agency deliberated over the permit application.

Dallas Safari Club spokeswoman Jay Ann Cox could not immediately confirm Thursday whether a date has been set for the hunt.

Humane Society of the United States chief executive Wayne Pacelle said the federal agency is sending a "mixed message," noting rhino poaching is on the rise.

The federal agency said it rejected permission to import an elephant trophy from Zimbabwe because it would not enhance the survival of the species in the wild.