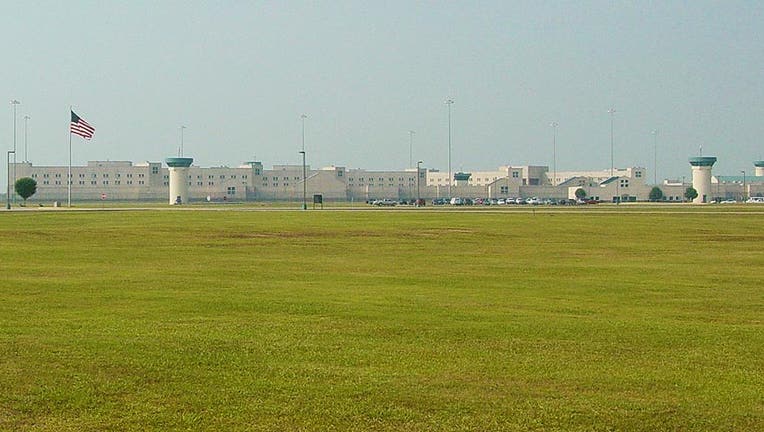 WASHINGTON - The federal prison system has been placed on a nationwide lockdown after two inmates were killed and two others were injured Monday during a gang altercation at a federal penitentiary in Texas.

The incident happened around 11:30 a.m. Monday at USP Beaumont, a federal prison in Beaumont, Texas. The altercation involved members of the violent MS-13 street gang, two people familiar with the matter told The Associated Press. The people could not discuss an ongoing investigation and spoke to the AP on condition of anonymity.

The attack is just the latest example of serious violence within the beleaguered federal Bureau of Prisons. The agency has struggled through a multitude of crises in recent years, including widespread staffing shortages, serious employee misconduct, a series of escapes and deaths.

The lockdown, being instituted at the agency's more than 120 federal prisons across the U.S., was prompted by fears of potential retaliation and concern violence could spread to other facilities. During a nationwide lockdown, inmates are kept in their cells most of the day and visiting is canceled. Because of a spike in coronavirus cases in federal prisons, social visits at nearly every facility have been canceled already.

The use of a nationwide lockdown is relatively rare. The agency implemented the measure in April 2020 as coronavirus cases began skyrocketing in prisons nationwide, again after the insurrection at the U.S. Capitol on Jan. 6, 2021, and shortly before the inauguration of President Joe Biden later that month.

On Monday, the Bureau of Prisons said officers at the Texas prison observed multiple inmates fighting and responded to secure the area. Two inmates, Andrew Pineda, 34, and Guillermo Riojas, 54, were pronounced dead at a local hospital after the attack. Two other prisoners were injured and taken to nearby hospitals for treatment.

There have been a number of serious security issues within the federal prison system in the last few months, including several inmate deaths and stabbings. The Justice Department announced earlier this month that the agency's director, Michael Carvajal,

Several inmates have escaped from the prison complex in Beaumont in recent years and union officials have decried what they've described as a serious staffing crisis at the prison. The AP

Riojas was serving a 38-year sentence for carjacking and interfering with interstate commerce. Pineda had been sentenced to term of more than six years in prison on a racketeering charge and had been held at the prison since February.

In November 2007, two Beaumont inmates stabbed another inmate to death on the penitentiary’s special housing unit after they broke free from handcuffs, shanked two correctional officers who were escorting them to their cells and stole cell keys. They were convicted and sentenced to death. A few months later, in February 2008, a Beaumont inmate was strangled to death in his cell by two other inmates -- one of them the co-founder of the prison gang Dead Man Incorporated.