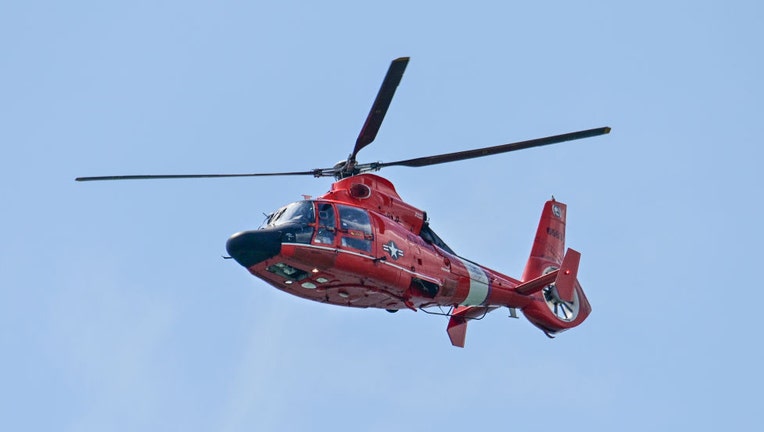 The U.S. Coast Guard is searching for four people who were onboard a helicopter that crashed into the Gulf of Mexico on Thursday about 10 miles off the coast of Southwest Pass, Louisiana.

The helicopter was departing an oil platform in the Gulf when it went down, according to the Coast Guard. The cause of the crash was not immediately released.

The helicopter’s pilot and three oil workers went into the Gulf of Mexico about 8:40 a.m. CST, said Petty Officer Jose Hernandez, a spokesperson for the Coast Guard’s 8th District headquartered in New Orleans. Crews in a boat and a helicopter had found no sign of them by evening.

"So far we’ve only found debris and no people," Hernandez said. 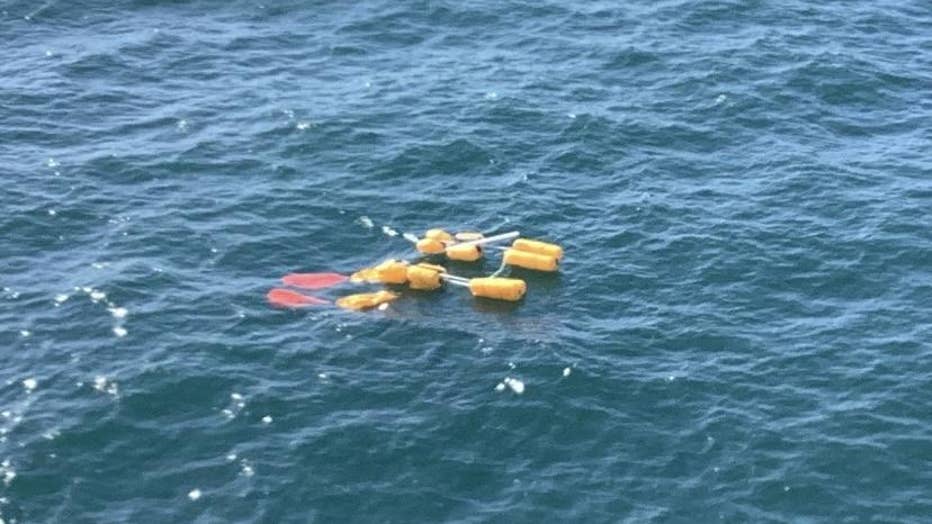 The U.S. Coast Guard spent hours Thursday searching the waters off Louisiana for four people on board a helicopter that crashed while departing an oil platform.

He said Coast Guard officials were still deciding whether to keep searching after dark.

One of the missing workers is 36-year-old David Scarborough of Lizana, Mississippi, according to his wife. Lacy Scarborough told the Sun Herald newspaper that she is expecting a baby and that her husband recently got a job promotion.

She said her family was praying that her husband and the others would be rescued safely.

"He enjoyed his job and his co-workers," Lacy Scarborough said.

The helicopter went down about 10 miles (16 kilometers) offshore of Southwest Pass, a shipping channel at the mouth of the Mississippi River southeast of New Orleans. Helicopters routinely transport workers to and from oil platforms in the Gulf. 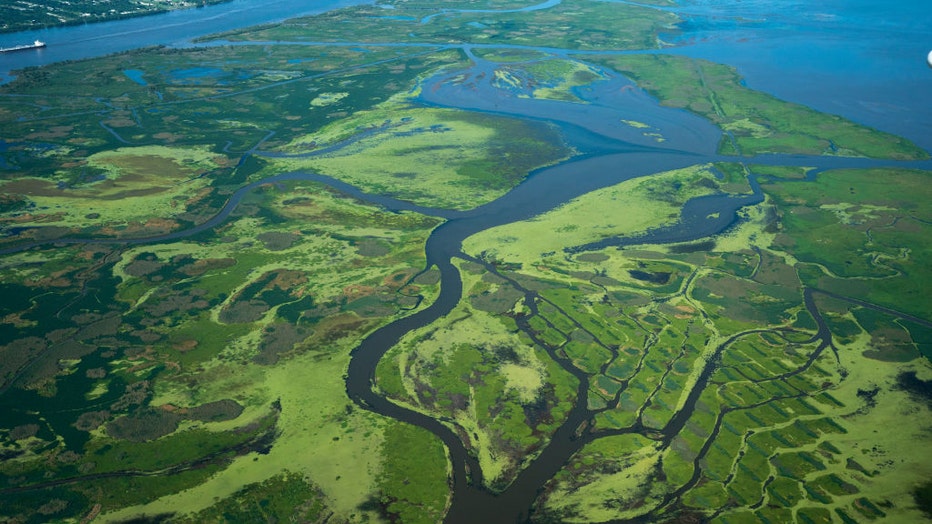 FILE-Aerial view of the Mississippi River to the far left and the Gulf of Mexico to the far right. (Photo by Drew Angerer/Getty Images)

As of Thursday evening, the Coast Guard said the search was off with the 4 victims still missing.

"The Coast Guard suspended its search Thursday at approximately 6:15 p.m. for four passengers aboard a downed helicopter approximately 10 miles off Southwest Pass, Louisiana," the agency said in a statement.