Luxury bus travel is 'not just a trend,' operators say

With the headaches of pandemic-era airline travel, luxury bus lines bill themselves as a cheaper and more convenient alternative.

Three of the five most congested cities in the world are in the U.S. — and in one of those, drivers spend an average of 155 hours a year in traffic delays.

INRIX, a traffic data and analytics company based in Washington state, published its 2022 global traffic scorecard of the 25 most congested world cities. Chicago, where traffic is up 49% over 2021 and up 7% compared to 2019, ranked just behind London as the second most congested city on the planet.

Top 25 most congested cities in the U.S.

Here are the 25 most congested U.S. cities in 2022, according to INRIX, based on how much time drivers spent in traffic delays: 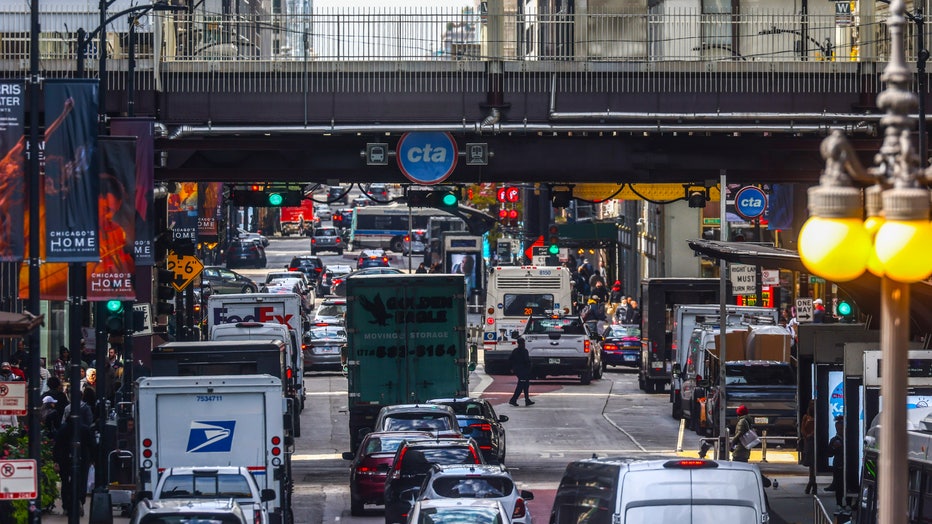 Which cities saw the biggest increase in traffic?

In the top 25, some of the biggest increases in traffic delays were in Miami and Las Vegas. Miami saw an increase of 39 hours over last year, a 59% increase, while drivers in Las Vegas lost 13 more hours in 2022 than the year before, a 46% increase. Traffic in Vegas is up 155% compared to 2019. 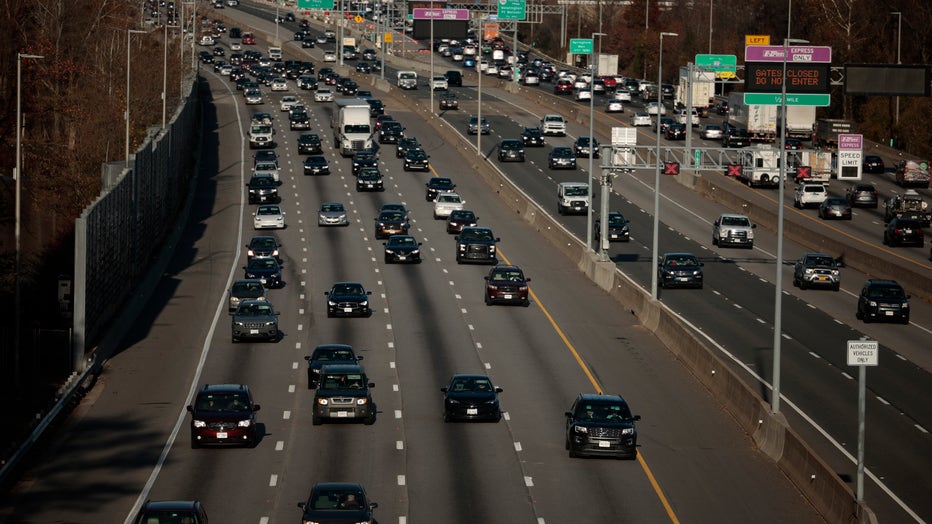 Traffic travels southbound along I-95 on November 23, 2021 in Lorton, Virginia.(Photo by Anna Moneymaker/Getty Images)

The typical U.S. driver spent 51 hours of their time sitting in traffic in 2022, the report says, and $869 in lost time. That’s up 15 hours over 2021. In 39% of cities, traffic delays in 2022 exceeded pre-COVID levels, though overall, traffic hasn’t reached pre-pandemic volume.

According to INRIX, congestion cost the U.S. more than $81 billion in lost time and fuel expenses in 2022.

READ MORE: These cities have the worst Thanksgiving holiday traffic 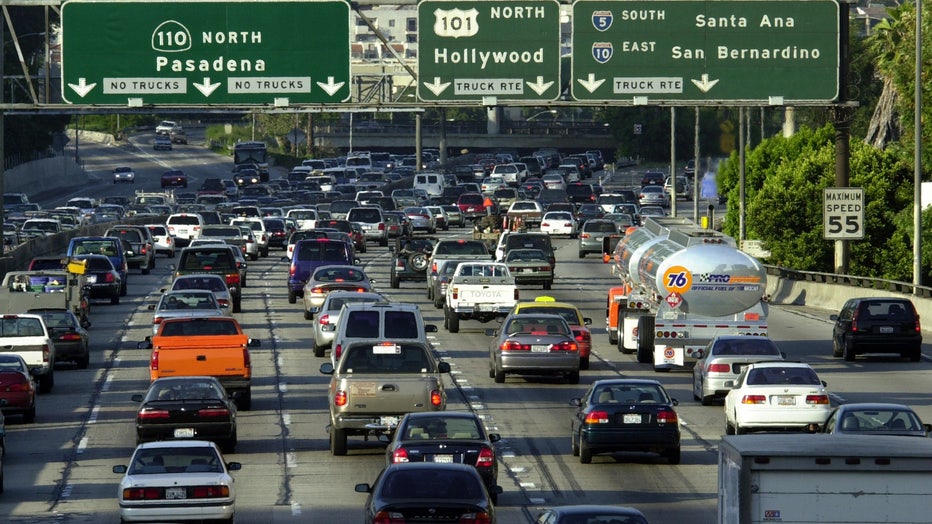 Of the 295 U.S. urban areas analyzed, 179 are still below their pre-COVID volumes. Of the top 50 ranked areas, 12 have exceeded 2019 levels, "indicating it’s the smaller, less-congested cities that have already ‘returned to normal’ in terms of traffic," researchers said.

Top 25 most congested roads in the U.S.

The second most congested highway in America is I-5 South in Los Angeles, where drivers lost an average of 31.8 minutes a day during rush hour. 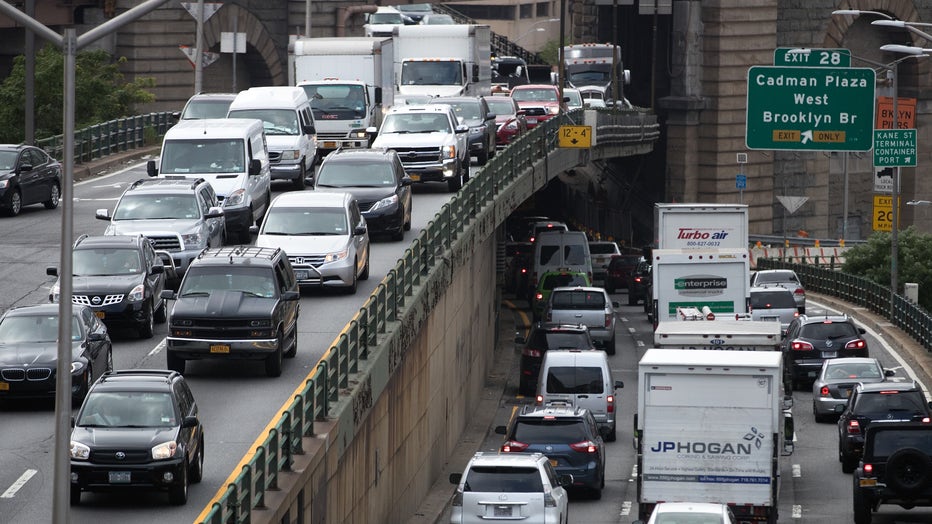 "A driver taking that route 240 workdays in 2022 would have lost 127 hours a year sitting in traffic," researchers said.

Top 10 most congested cities in the world

Here are the 10 most congested cities in the world, according to INRIX: 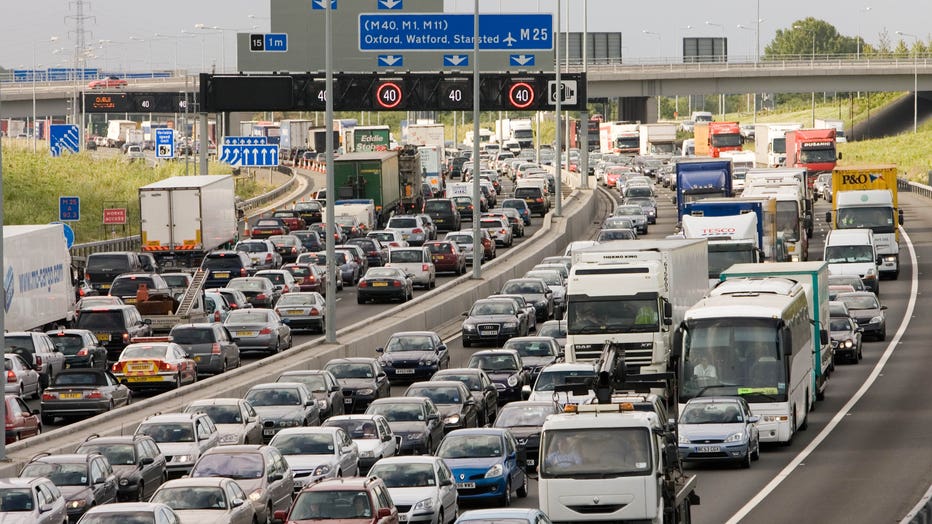 Traffic congestion at a standstill in both directions on M25 motorway, London, United Kingdom (Photo by Tim Graham/Getty Images)