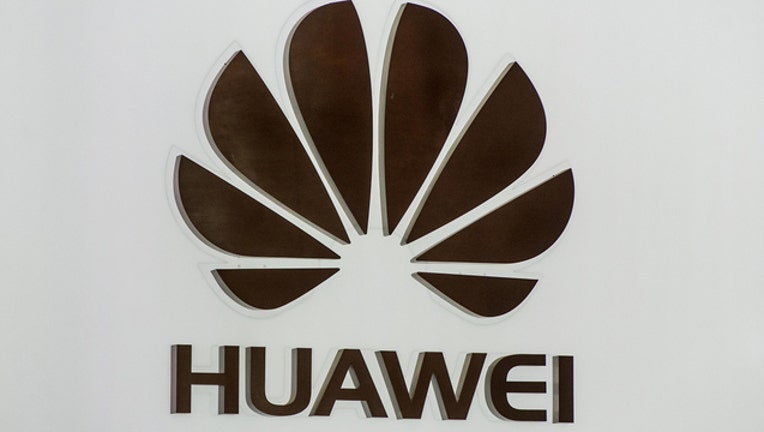 A logo sits illuminated outside the Huawei pavilion on the opening day of the World Mobile Congress at the Fira Gran Via Complex on February 22, 2016 in Barcelona, Spain. (Photo by David Ramos/Getty Images)

WASHINGTON (AP) - The Justice Department unsealed criminal charges Monday against Chinese tech giant Huawei, two of its subsidiaries and a top executive, who are accused of misleading banks about the company's business and violating U.S. sanctions.

The company is also charged in a separate case with stealing trade secrets from T-Mobile, according to federal prosecutors.

Prosecutors are seeking to extradite the company's chief financial officer, Meng Wanzhou, and allege she committed fraud by misleading banks about Huawei's business dealings in Iran. She was arrested on Dec. 1 in Canada.

The criminal charges in Brooklyn and Seattle come as trade talks between China and the U.S. are scheduled for this week.

U.S. prosecutors charge that Huawei used a Hong Kong shell company to sell equipment in Iran in violation of U.S. sanctions. Huawei had done business in Iran through a Hong Kong company called Skycom and alleged that Meng misled U.S. banks into believing the two companies were separate, according to the Justice Department.

The announcement Monday includes a 10-count grand jury indictment in Seattle, and a separate 13-count case from prosecutors in the Eastern District of New York.

"As you can tell from the number and magnitude of the charges, Huawei and its senior executives repeatedly refused to respect U.S. law and standard international business practices," said FBI Director Chris Wray.

Huawei is the world's biggest supplier of network gear used by phone and internet companies and has long been seen as a front for spying by the Chinese military or security services.

Prosecutors also allege that Huawei stole trade secrets, including the technology behind a robotic device that T-Mobile used to test smartphones, prosecutors said. A jury in Seattle ruled that Huawei had misappropriated the robotic technology from T-Mobile's lab in Washington state.

The Huawei case has set off a diplomatic spat with the three nations, which has threatened to complicate ties between the U.S. and Canada. President Donald Trump said he would get involved in the Huawei case if it would help produce a trade agreement with China and told Reuters in an interview in December that he would "intervene if I thought it was necessary."

The arrest of Meng, the daughter of Huawei's founder at Vancouver's airport, has in particular led to the worst relations between Canada and China since the Tiananmen Square massacre in 1989. China detained two Canadians shortly after Meng's arrest in an apparent attempt to pressure Canada to release her. A Chinese court also sentenced a third Canadian to death in a sudden retrial of a drug case, overturning a 15-year prison term handed down earlier.

David Martin, Meng's lawyer in Canada, didn't immediately respond to a message seeking comment. Meng is out on bail in Vancouver and is due to back in court Feb. 6 as she awaits extradition proceedings to begin.

Canada arrested Meng at the request of the United States. The Chinese have been furious at Canada ever since and arrested Canadian ex-diplomat Michael Kovrig and businessman Michael Spavor on Dec. 10 on vague allegations of endangering national security.