University of North Texas students held a silent protest on campus Thursday after a former employee said a racist slur during a student event last week.

But students said the resignation wasn’t enough and they want this to be a bigger learning lesson for the entire university.

Dozens of students showed up to silently demonstrate at the university’s board of regents meeting on campus. 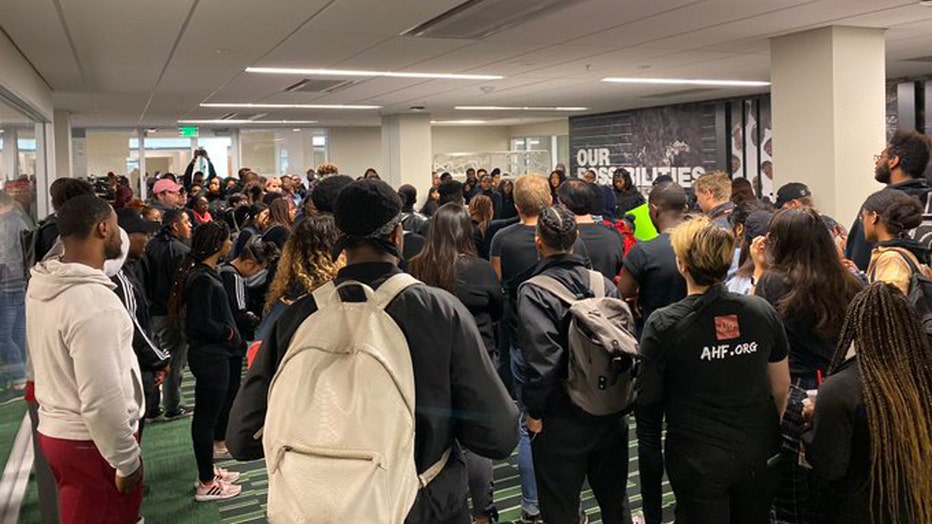 Student groups, including the Black Student Union and the Student Government Association, want to see more diversity in hiring faculty and staff.

“We want change on this campus, that’s what we’re fighting for,” Combs said.

They also want the multicultural center expanded, mandatory cultural sensitivity training for faculty and staff and diversity inclusion training for all incoming students.

“We need to be there to show that this is something that is a system wide issue, on top of the fact that after this week we’re constantly going to be following up in conversations with administration,” said Yolian Ogbu, president of the UNT Student Government Association.

University leaders acknowledged the student protest and came to address students. They said they’re open to change and ready to listen.

“If we can do better, if we can create a more caring climate, if we can improve our sense of inclusion and create better equity, then we’re gonna do it,” said Neal Smatresk, UNT president.

The Student Government Association plans to address the board of regents with their demands for change on Friday morning.