With pedestrian deaths up from last year, the Texas Department of Transportation is using 'human billboards' to remind drivers and pedestrians to stay alert.

FORT WORTH, Texas - With pedestrian deaths up from last year, the Texas Department of Transportation is using 'human billboards' to remind drivers and pedestrians to stay alert.

People carrying signs with messages about pedestrian safety were on the road in areas around Fort Worth.

TXDOT reports fatal pedestrian accidents were up 15% in 2021.

In the Fort Worth area alone last year, there were 451 crashes involving pedestrians. 69 were fatal.

In Dallas, there were 842 traffic crashes involving pedestrians. 108 of those were fatalities.

They call those helping with this project ‘human billboards’. Thursday morning they paraded their message near the TCU campus and students took notice. 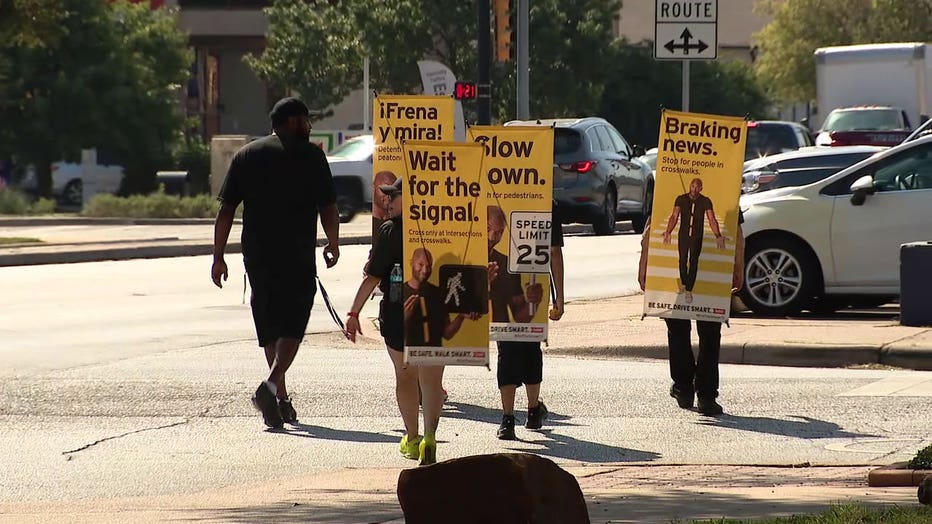 "Do you feel safe walking?"

Debora Willinger is from Europe. She says in Hungary there is a difference.

"When I got here I was so surprised that cars didn’t stop at the crosswalk where there is no light, just a crosswalk because in Europe that's actually one of the most important rules that you are taught in driving schools," she said.

The campaign slogan is "Be Safe. Drive Smart."

There are also tips for pedestrians.

"We talk about drivers being distracted with their cell phones, so we are asking pedestrians to make eye contact with drivers," said Santiago. "We’re asking them first to cross at the crosswalk, cross at the intersection and wait for the lights."