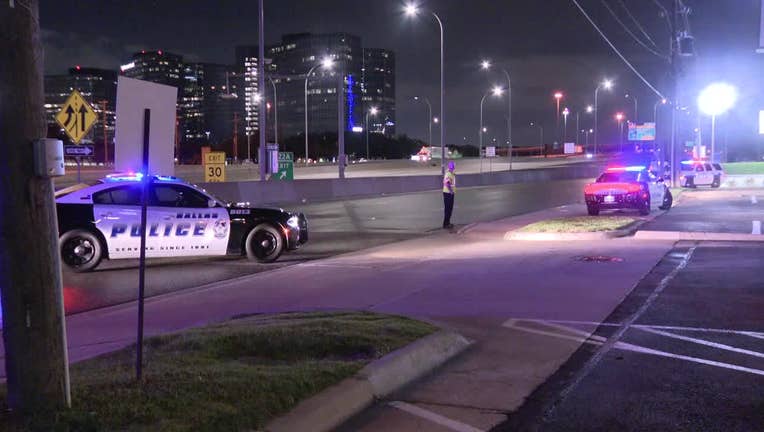 DALLAS - Police are looking for the hit-and-run driver who killed a person along a Dallas highway.

According to police, the man was hit by a dark-colored SUV while walking along the LBJ Freeway service road near the Dallas North Tollway just before 11 p.m. Monday.

The driver of that SUV kept going and never stopped to help the victim. A second driver that hit the injured man did stop and called 911, police said.

The victim was pronounced dead at the scene. His name has not yet been released.

Police said they are checking with nearby businesses and hope surveillance video can lead them to the suspect.