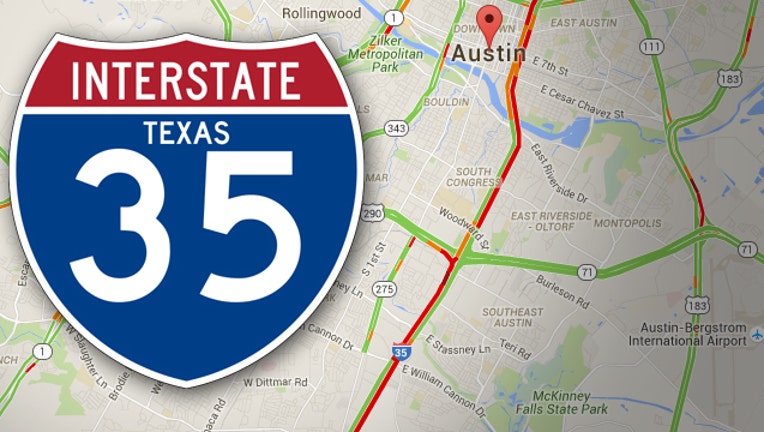 AUSTIN, Texas - The Texas Transportation Commission has announced plans to add an additional $4.3 billion to the I-35 Capital Express Project. The project aims to build new lanes on I-35 through Austin.

The funding would be in addition to money already approved, bringing the total investment on the project to $7.5 billion.

“In recent years, I-35 through Austin has repeatedly been one of the worst chokepoints for drivers in Austin and Texas and the source for understandable frustration,” said Texas Transportation Commission Chairman J. Bruce Bugg, Jr. “The I-35 Capital Express Project is a statewide strategic priority project, not just for Austin, but the State of Texas. If Austin wants to continue to be a beacon for business and a wonderful quality of life, then work on I-35 Capital Express needs to happen as soon as possible. I am delighted and honored to work with my fellow Commissioners and key transportation leaders to secure this funding for the top priority project through Austin.”

RELATED: I-35 named among most dangerous roads for holiday travel in new safety survey

With the funding TxDOT and its partners will be able to move forward, adding two continuous non-tolled managed lanes in each direction along the 7.9-mile section on I-35 from US 290 East to US 290 West/SH71. Additional auxiliary lanes in various places and frontage roads would also be built.

According to a study by the Texas A&M's Texas Transportation Institute (TTI), growth-induced traffic gridlock is getting worse every year. The research includes a list of the top 100 congested roads in addition to an examination of nearly 1,800 roads across Texas.

For the past three years, I-35 in Austin has ranked #2 or #3 of the state’s Top 100 Most Congested Road Segments (2019-#2, 2018-#3, 2017-#2). Addressing this congestion issue is a statewide strategic priority project, not only for Austin but for the state of Texas and the nation. “It’s finally time to address Austin’s worse congestion chokepoint once and for all,” said Bugg.

The I-35 Capital Express Project is one of the key projects that is part of a statewide congestion relief effort called Texas Clear Lanes.

To learn more about TxDOT's efforts to address traffic congestion in and around Austin, click here.