Two state-sponsored treatment centers opened up in the metroplex this week. They'll administer antibody therapy to patients who may be at risk of going to the hospital.

Two state-sponsored treatment centers opened up in the metroplex this week. They'll administer antibody therapy to patients who may be at risk of going to the hospital.

However, similar programs in El Paso didn't seem to work out.

The new infusion centers are tailored to prevent new COVID hospitalizations at a time where hospitals continue to see all-time highs.

Two state-sponsored infusion centers opened Monday in Irving and Fort Worth. The antibody infusions help those who recently tested positive and are at greater risk of having COVID complications. 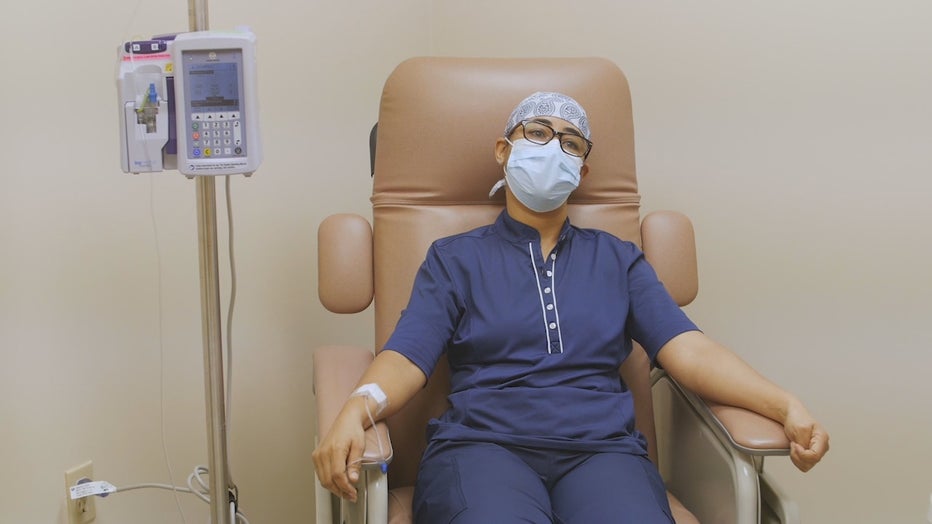 "It’s designed for folks who are sicker," said Dr. Mark Casanova at Baylor Scott and White. "Whether they are 31 or 71 and have underlying medical conditions, those are individuals we know have greater likelihood of complications."

People have to be referred by a doctor to receive the treatment.

Dr. Casanova says he has already referred multiple patients in the past for similar treatment

While the therapy is meant to prevent more hospitalizations, Dallas County on Tuesday reported a pandemic high with 1,226 patients.

"We have to think of hospitalization… to borrow a military phrase it’s a rear-guard maneuver. It’s our last stand," Dr. Casanova said. "Monoclonal antibody therapy is sort of one of the front line modalities to overt that hospitalization."

While in Arlington Monday, Gov. Abbott encouraged people with the virus to contact their doctors to see if they are eligible for the COVID therapy.

"I know dozens of people who have received this antibody therapeutic drug," Abbott said. "They have all said the same thing. They were shocked at how quickly they were able to overcome COVID."

When El Paso reached pandemic high deaths and cases, the city received the same infusion center resources. Only half of the treatments were used because many were not eligible.

Dr. Casanova says he can't speak to why that was an issue in West Texas, but it’s important to grant access to those who are at the greatest risk of death if admitted to the hospital.

"It’s that sweet spot in the middle that if we leave them alone our fear is that they fall into the too bad category and we need to get them into the hospital," Dr. Casanova said.

The infusion center locations are not public because officials want to ensure only the people who need it get access.