James Hunt owns Hunt’s Tree Service in Mabank and said when he saw the devastation on TV, he felt compelled to travel to Kentucky with one of his employees to see if they could lend a hand.

Hunt and Eric Prince drove a truck nine hours to Mayfield, Kentucky to see what they could do to help.

"I just put it on my heart, we helped six or seven families. It might not be a lot, but it made a difference for them," Hunt said.

RELATED: Kentucky tornadoes: Gov. says all are accounted for after deadly storms

Hunt says his team has volunteered to help with recovery efforts after other tornadoes, like the 2019 Dallas tornado. But nothing compared to the destruction they saw in Kentucky.

"It literally looked like somebody took this whole town, stuck it in a blender, blended it up and just poured it through this town," he said.

The two worked with a team of other volunteers from several states and cleared trees off properties.

"There was people from Ohio, Indiana, Virginia, Texas, Oregon, there were people from everywhere. I thought that was pretty awesome, everyone coming together to help these people," Prince said.

They all worked together through a volunteer organization called Samaritan Purse. 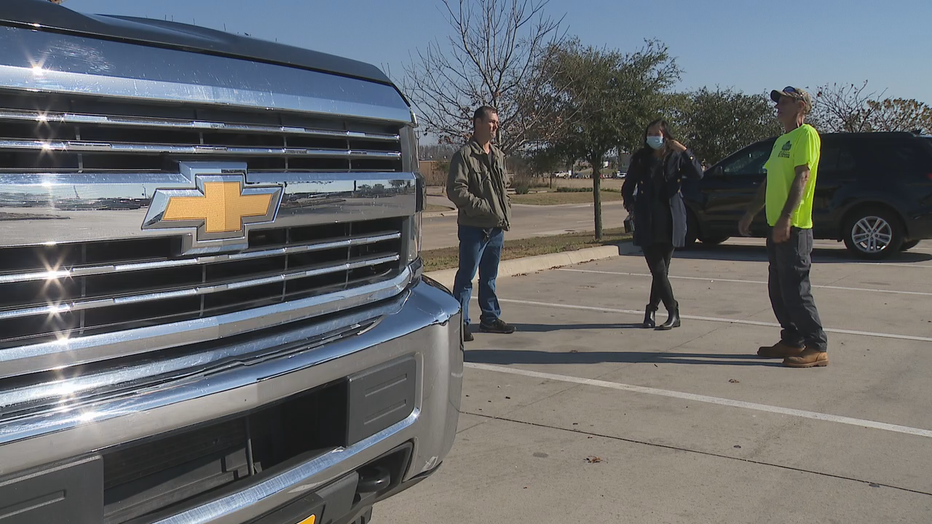 "It was raining, it was cold, when it should’ve been miserable, everybody was joyous and happy because everybody’s coming together for a good cause," Hunt said.

Hunt even donated their own generator to a family in need.

"Look at the disaster, look at what they got. People are living off of generators with no windows in the house, no roofs, clothes, they need everything because they lost everything," he said.

But even with hundreds of volunteers coming in to help, both men say there’s still so much work to be done.

"When we left they were still no power, everybody was running on generators, there was people handing out clothes on the side of the road, and food," Prince said.

The trip was all about doing the right thing.

"It’s just something we do, it’s who we are, we’re not a hero, just average people," Hunt said.

Both men are back in Texas this week for the holiday, but hope to return to the area in the coming weeks to continue with recovery efforts.