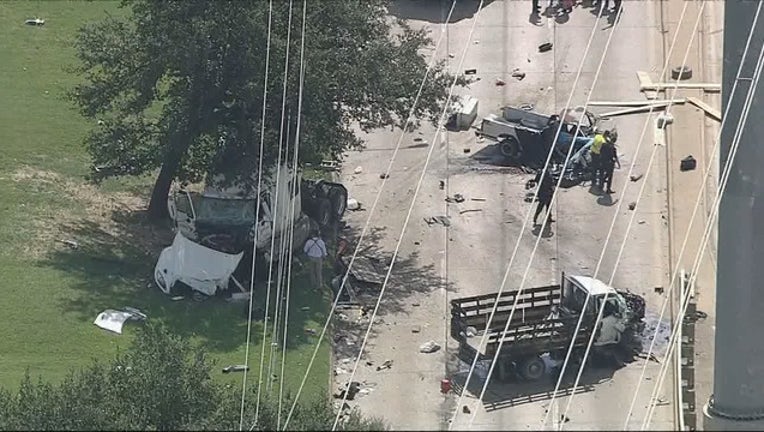 Three vehicles collided near the intersection of Regal Row and Irving Boulevard about 9:15 a.m. One of them, a semi rig, ended up off the road under a tree.

It's not clear yet how the accident happened. Police briefly shut down Irving Boulevard at Regal Row for cleanup and preliminary investigative work.

The investigation into what caused the accident remains ongoing.